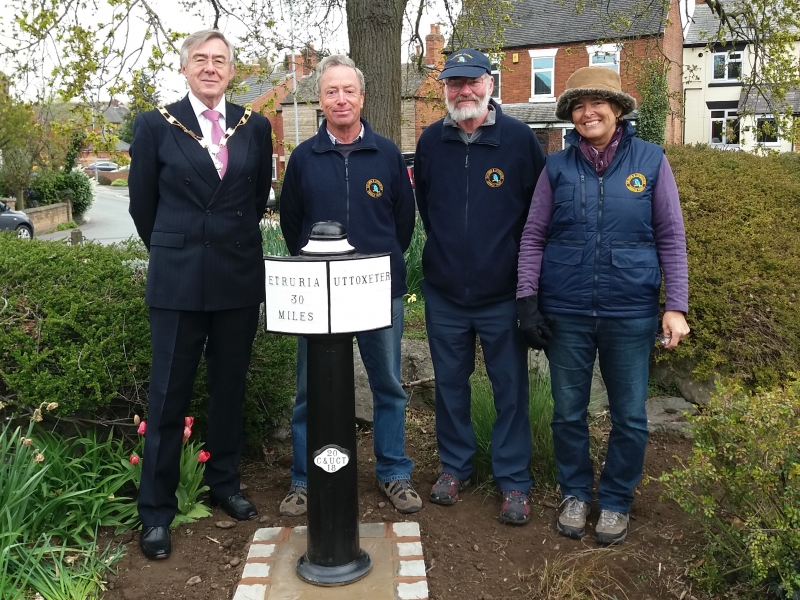 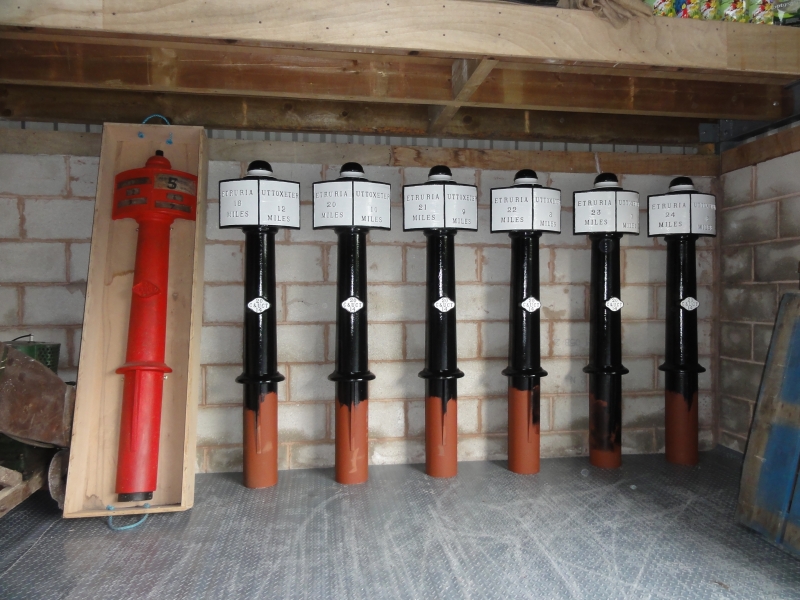 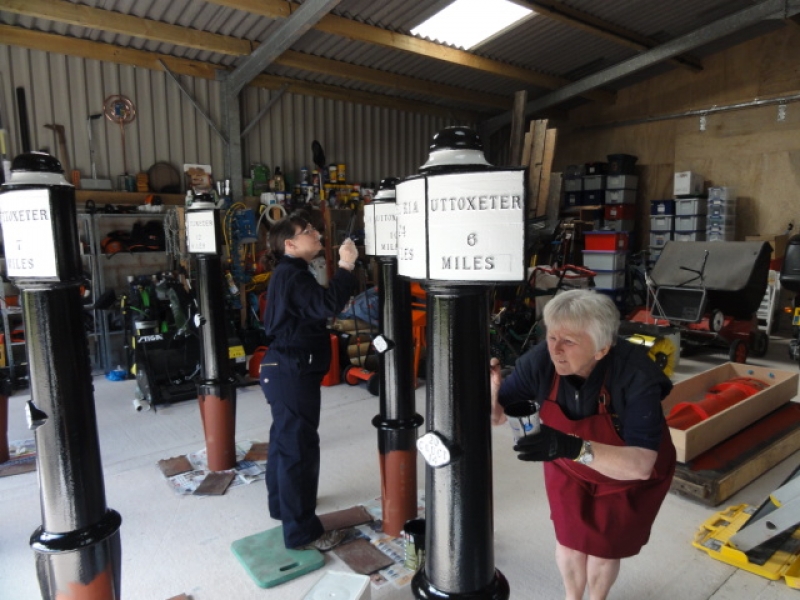 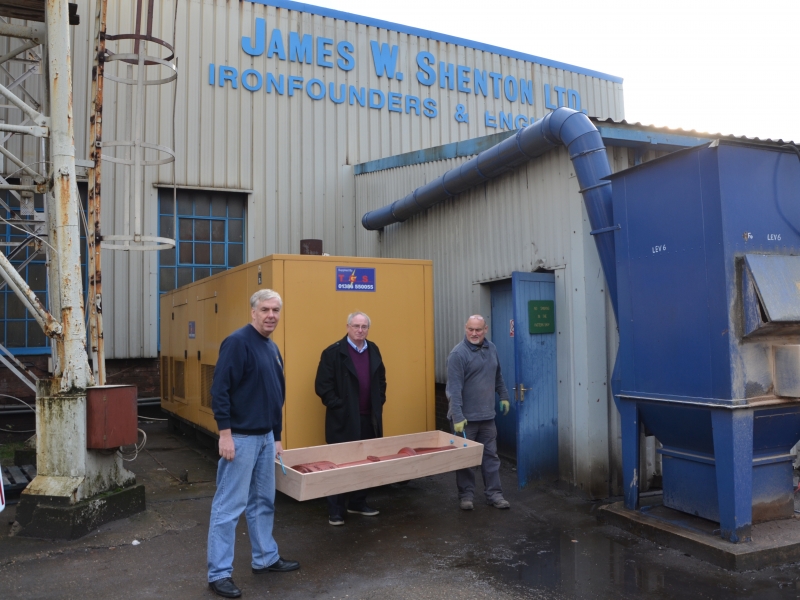 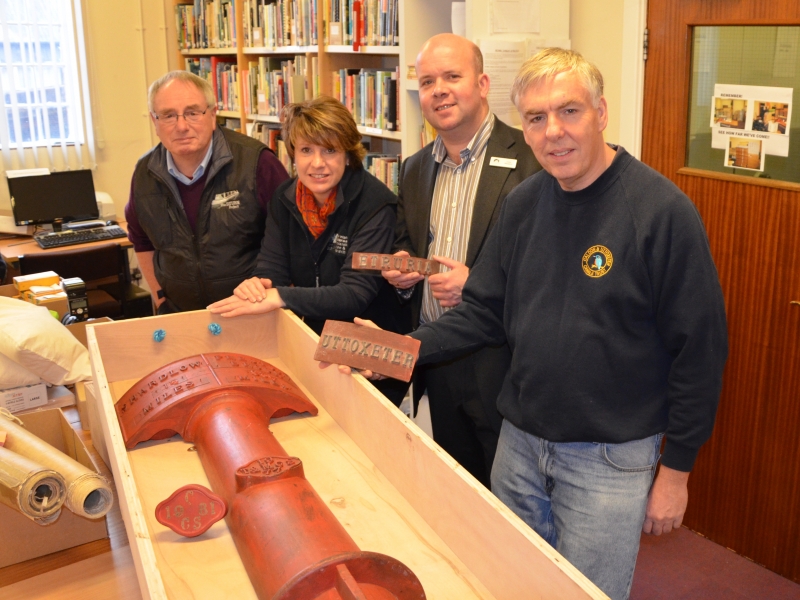 The Trust has restored mileposts along the line of the Uttoxeter Canal as two projects. Posts in the section from Oakamoor to Denstone were restored as a Churnet Valley Living Landscape Partnership Project. From Denstone to Uttoxeter the replacement posted were funded by CUCT volunteers.

In 2014 CUCT volunteers organised the casting of six replacements mileposts to mark the route of the Uttoxeter Canal - using the intricate wooden pattern made by volunteers in the 1970s when they replaced all the missing posts on Staffordshire’s Trent & Mersey and Caldon Canals. They gave it to the National Waterways Museum who loaned it back for our project.

In 2017 the Trust decided to complete the line of mileposts to Uttoxeter and these six posts were cast and installed by May 2019.

Our new mileposts add interest and information for walkers, cyclists and boaters in the Churnet Valley, and help promote conserving of the line of the Uttoxeter Canal and its use as a walking route.

These two projects means that all posts along the canal are now in place except for one to be situated between Froghall and Oakamoor, which is on land with no public access. This post was recast as part of the CVLLP project and has been kept in store. One original milepost, number 19 remains in its original location with two more known to exist, now on corners of the bowling green at Denstone, where they have been for many years.

You can follow the line of mileposts using our guides. These are PDFs designed to be printed double-sided on A4 and folded to A5.

More information about each of the posts and the reinstatement project can be found by following the links.

In addition, a team of volunteers from the Milestone Society worked on the roadside mileposts in the area, including those along the Leek to Ashbourne road (A523) which are now the only complete series of “bobbin” posts in the world, repainting all the existing mileposts and replacing the missing one with an accurate replica. More information about this project can be found on the Churnet Valley website.

Another volunteer team from CUCT worked on the Caldon Canal mileposts. The posts that mark every mile of the Caldon Canal were repainted in time for the “Caldon 40” celebrations in 2014 - the anniversary of the canal reopening to navigation in 1974.