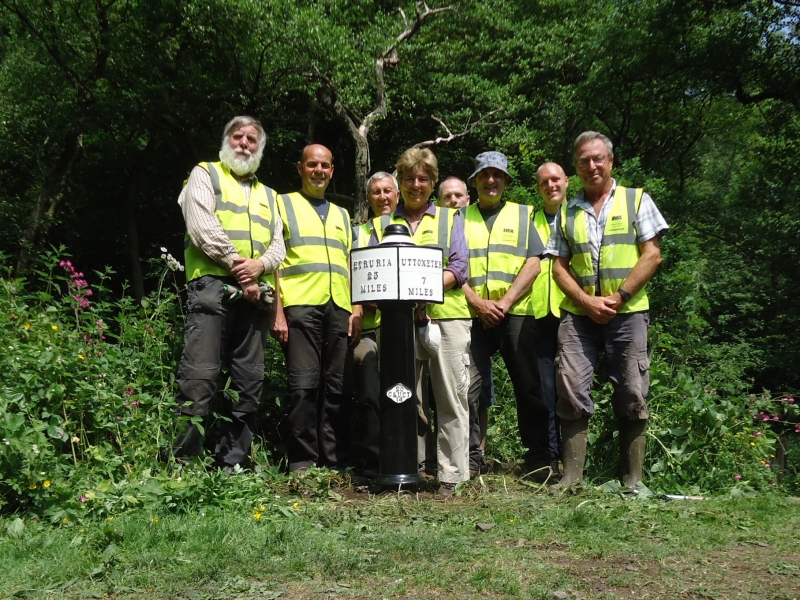 Milepost 23 is situated between Alton and Denstone beside the former Churnet Valley railway, and is one of the six reinstated as part of the CVLLP project. It has been relocated to put it at the start of the section of towpath restored by the Trust, but would originally have stood a short distance behind its present location, facing the canal.