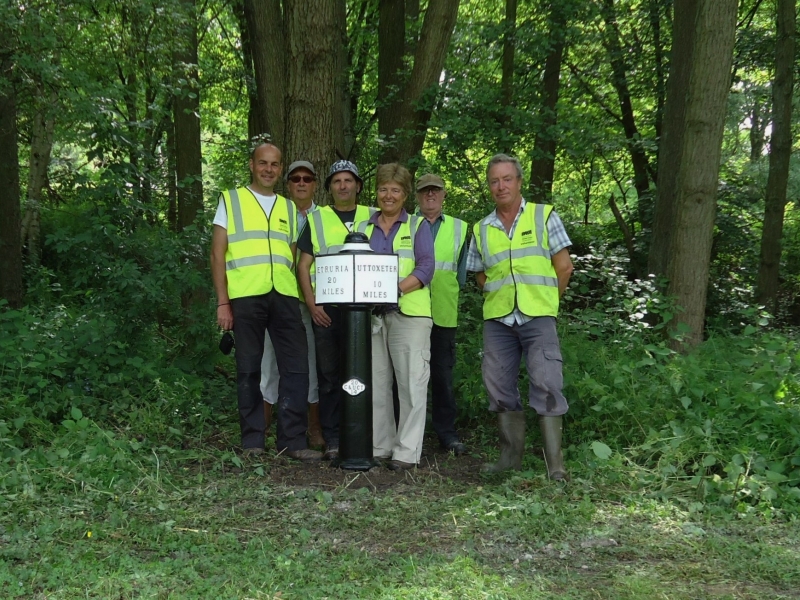 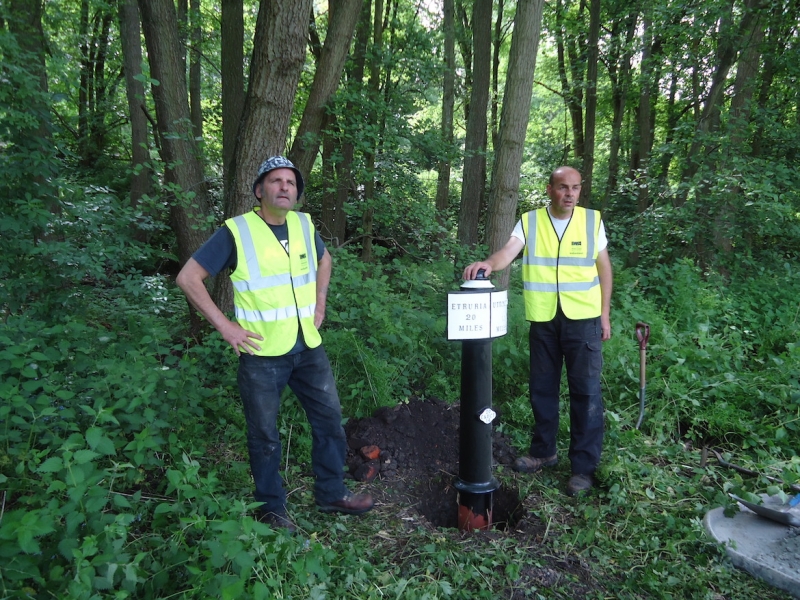 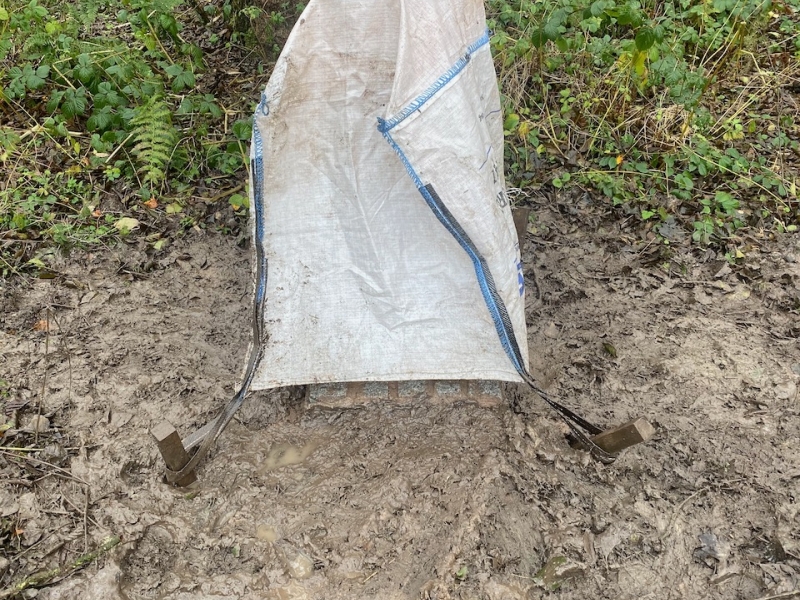 This milepost is situated in Oakamoor, and was one of the six reinstated as part of the CVLLP project. We believe it to be in approximately the original position, but would have faced in the opposite direction as the canal was situated to the east of the post.