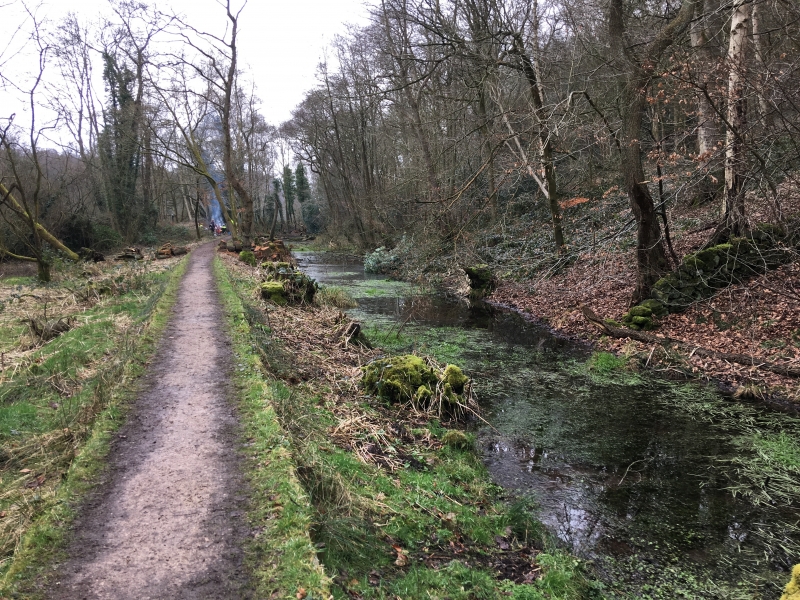 This is undoubtedly the easiest section of the canal to restore. Once a route has been found through Alton Station which accommodates any future restoration of the railway, the canal is mostly still there with some of it in water. Volunteers should be able to tackle all but the most substantial restoration tasks in this area.

Once leaving Alton, a lock is required. From here the canal appears to be in existence and in water most of the way to Crumpwood Weir, a distance of around 2 km. Along this section, there is likely to be significant clearance, dredging and possibly some relining work required, though this work could be undertaken by well-organised and resourced volunteers. Some work will also be required to refurbish or construct access and foot bridges.

To the north of Crumpwood Weir is an existing lock. This appears to be in restorable condition and would drop the canal down at which point the pound level would be in continuity with the River Churnet in order to allow boats to cross as per original alignment.

An access track currently crosses the canal just upstream of this lock. This access track would be severed by the canal and a moving bridge would be required to provide continued access. An existing water main is understood to run along this track. This would require diversion below the canal.

From Crumpwood Weir south, the canal could simply continue along its original line until it reaches Denstone.