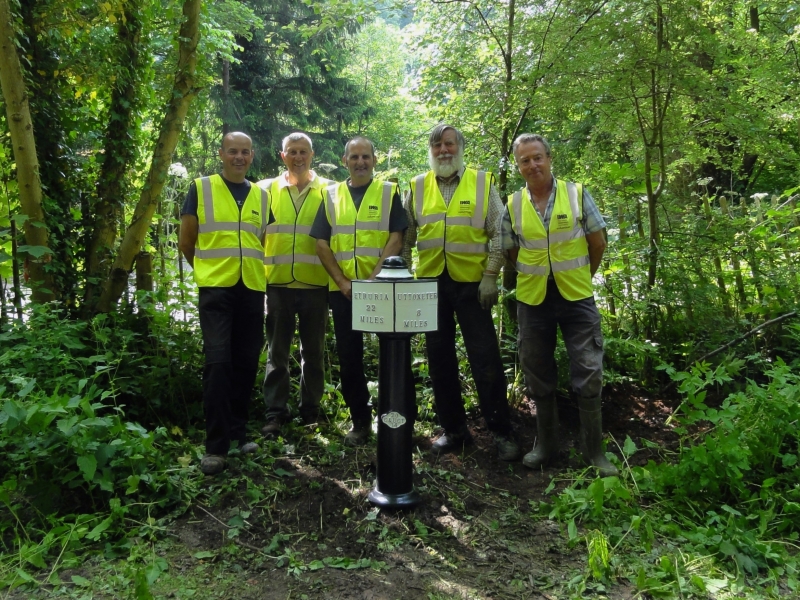 Milepost 22 is situated near to Alton Tunnel beside the former Churnet Valley railway, and is one of the six reinstated as part of the CVLLP project. It has been situated the correct distance from adjacent posts either side, but nothing of the canal remains in this exact location. The canal can be seen to the north of the railway,  short walk from the milepost in the direction of Uttoxeter.