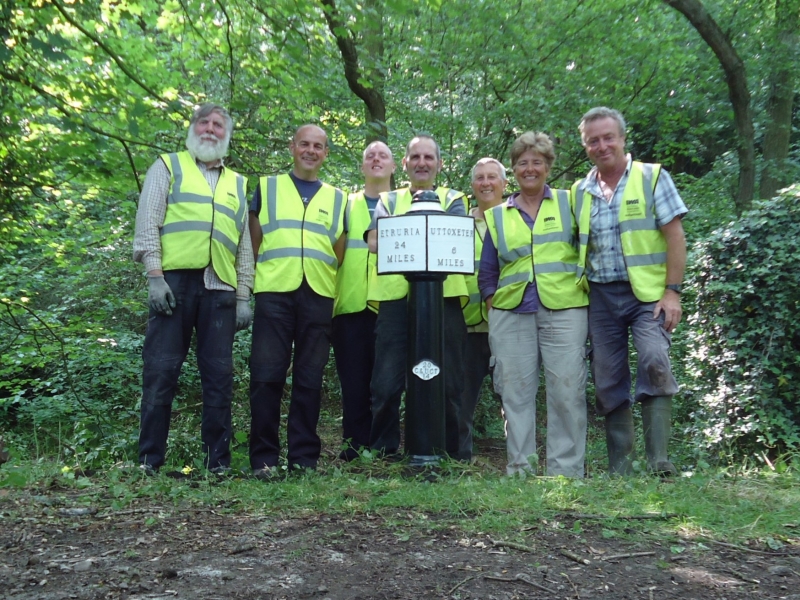 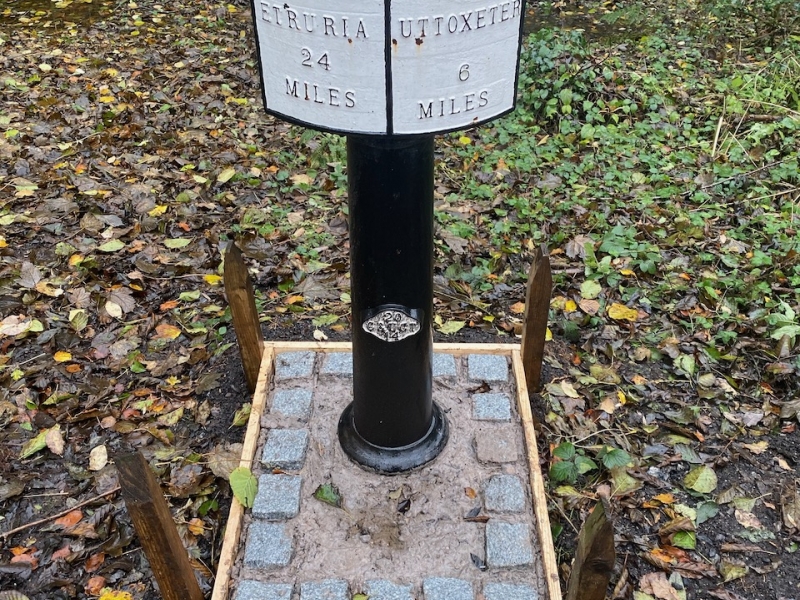 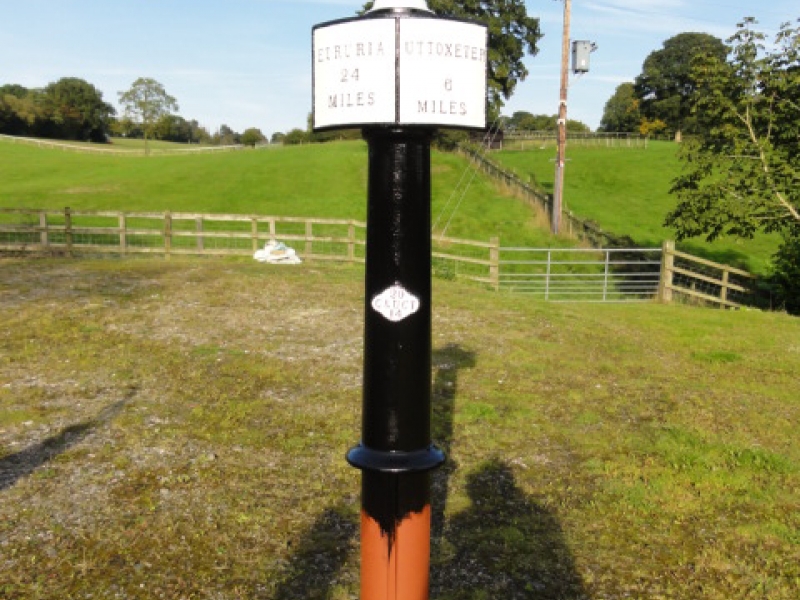 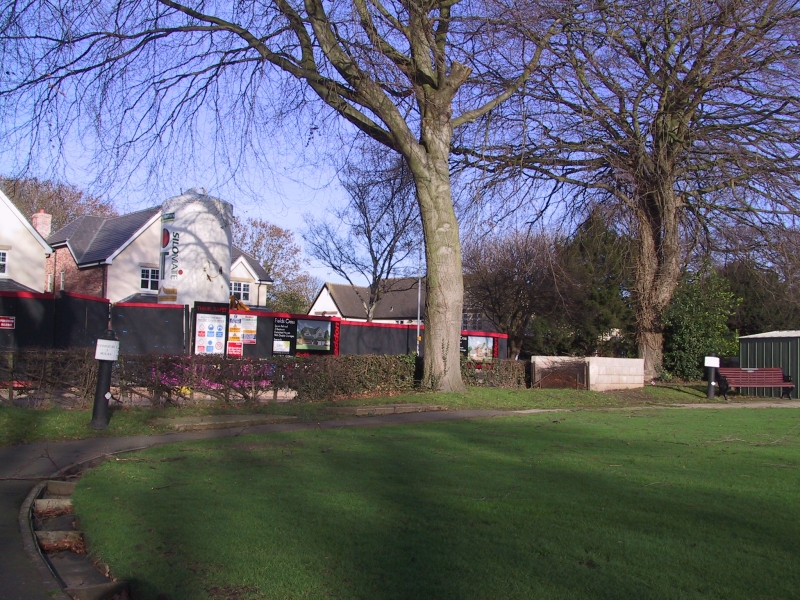 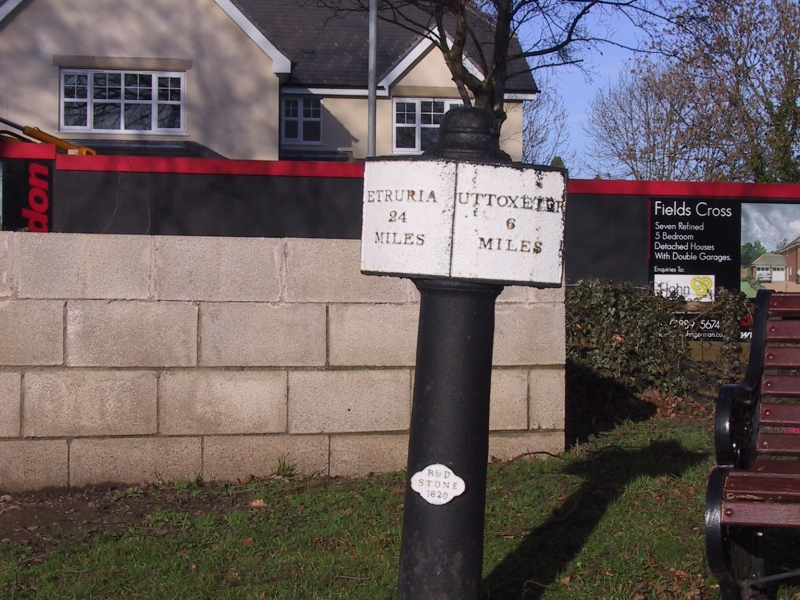 Milepost 24 is situated around half a mile north of Denstone beside the former Churnet Valley railway, and is one of the six reinstated as part of the CVLLP project. It stands in approximately the correct location but is presently facing the Staffordshire Way rather than the canal, as it would originally have done.

This milepost replaces one of two original posts which were relocated to corners of the Bowling Green in Denstone, where they can still be seen. The other post is original post 25, which was originally located close to the JCB gatehouse in Rocester and was relocated as the factory was being built.

The canal followed the contours of the land so took a different line to the later railway. This section became known as “Dead Waters” after the canal closed. The original milepost at this location would have faced the opposite way, towards the canal.