History of the site (Part 1)

Endon is about 6 miles from Stoke on Trent, the Potteries, a major producer of china and earthenware. The Parliamentary Act for the Caldon Canal was passed in 1776, and it was opened from Etruria in the Potteries to Frogall past Endon around 1779. In 1847, ownership of the canal was transferred to the North Staffs Railway, which opened to Leek in 1867. There is no sign of the mill or tramway on Yates map of 1775.
The 1815 Tithe Map shows Stanley Forge on the site of the mill, but no evidence of any tramways or detail of the site. Forge Road is described as branching out of Stanley Road on the eastwardly side of Stanley Moss in a northwesterly direction to the Canal at Stanley Wharf, Figure 6. 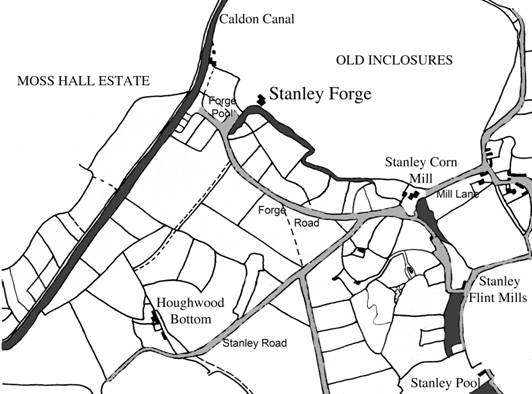 In 1861 Harrison, Harrod & Co are listed as millers at both Stanley and Endon. In 1872 until 1900 Harrison & Son are listed as Colour Manufacturers at Stanley. & An advertisement for the Hanley works of Harrison & Son some time after 1893 is shown in Figure 7. This confirms the wide range of their products. For a summary of the various raw materials used in the pottery industry see Appendix 1.

In an undated article distributed with Messrs.Harrison & Sons Compliments, it is recorded that one of their specialties was the production of the colour, “mat blue", used for printing and banding. The term “mat" being derived from opaque in French, and used to distinguish it from the cobalt blues commonly used in willow pattern decorations. The article continues: “No doubt one reason for the success attending Messrs.Harrison in their colour trade has been the fact that they are also manufacturers of the transparent glazes which are used under or over the colours as the case may be. They are therefore able to produce the best results by taking care that their colours and glaze harmonise chemically with each other." Their claim to be the largest producers in the world of potters’ glazes was justified by the extent of their factories: “Besides the Phoenix Chemical Works, alone larger than any other place of the kind devoted to similar purpose in the district, they possess the Victoria Mills at Stanley, which is occupied almost entirely with grinding their own colours and glazes. This mill is one of the largest in the trade, and in addition they have three other mills devoted to grinding flint and stone for use in glaze making, and for potters purposes generally." The ingredients of the glaze were melted into glass or fritt in a special kiln at the Phoenix Works in Hanley. The melted fritt was then run off and immediately cooled with water so that it broke up into fragments ready for grinding. It was then transferred to the Victoria Mills where it was ground "finer than the finest wheat flour". 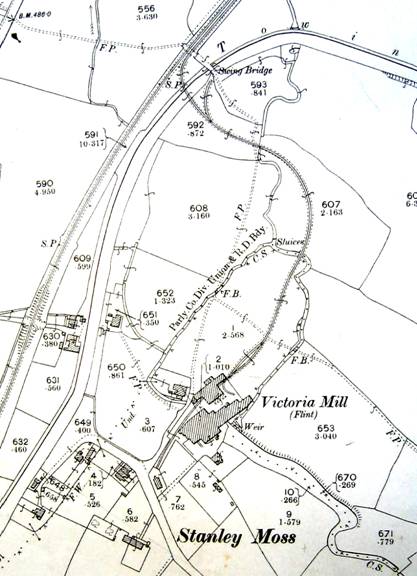 Victoria Mill and the Railway branch line are clearly shown with a shunting branch running back towards the Canal bridge on the 1889 OS Map, Figure 8. The arm now occupied by Stoke Boat Club is not shown on this map as it was not built until 1903-5. 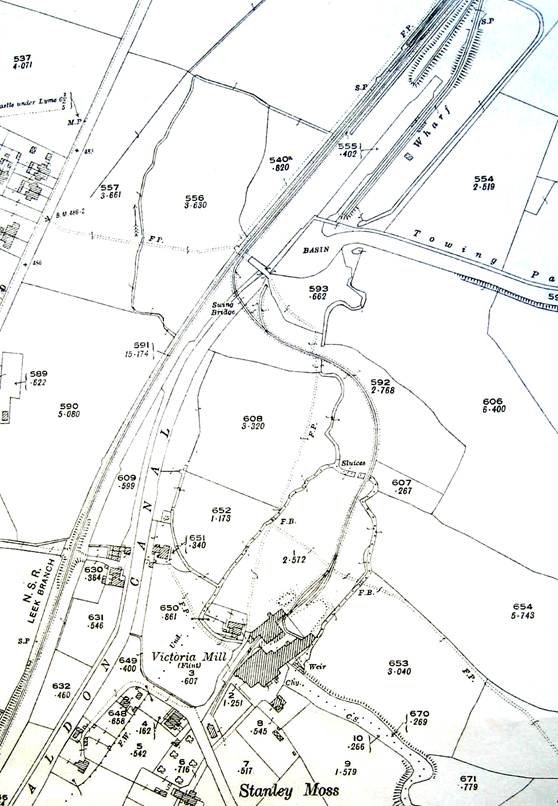 The Canal arm is shown alongwith Victoria Mill and the Railway branch line on the Ordnance Survey Maps for 1924, Figure 9, and for 1937.

The Railway is also shown on the detailed plans for building the wharf for the transshipment of limestone from Cauldon Low to the NSR in 1903, this also involved widening the canal to form a basin at the entrance to the wharf, east of the Canal Bridge5, Figure 10. The railway line to serve this basin opened in 1905 as shown on Figure 9.

Transshipment stone shoots for the basin were approved in 1917 and opened in April 1919. They ceased to operate around 1930 as quarry traffic declined, Figure 11 shows a model of the Tipplers. 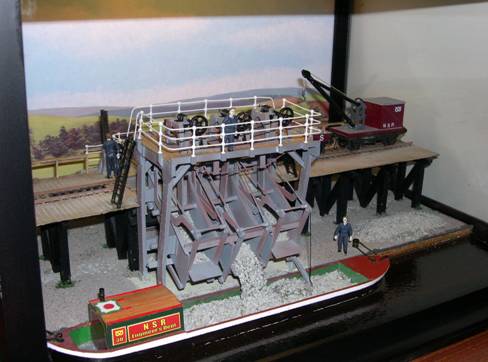 Various undated photographs of the exterior of the Victoria Mill have survived. An aerial view of the mill is shown in figure 12 looking towards the excavation site which is out of view at the top of the photograph. The area is now a modern housing estate although Victoria House and Victoria Mill Cottage survive, Figures 13 & 14. 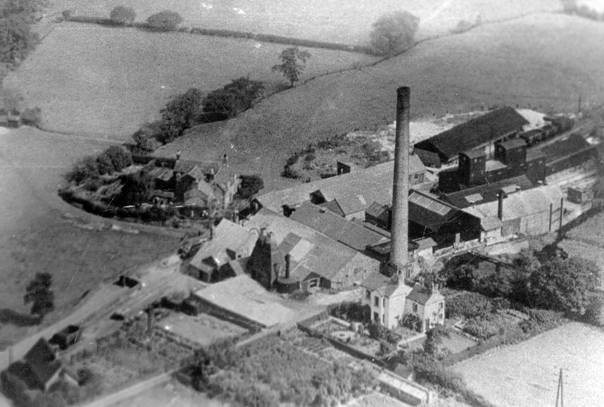 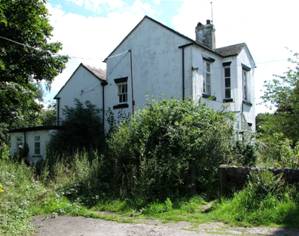 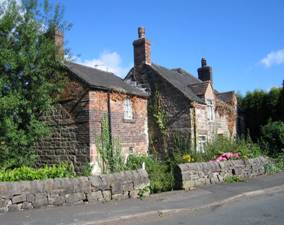 The mess room shown in the bottom corner of Figure 12 also survives, now converted for residential use, Figures 15 & 16. This is described as “a handsome building which might be taken for a school house or chapel. This is the club room where the workpeople take their meals, and in winter evenings assemble for social intercourse, and to read their paper. Bath room and lavatory at the rear conduce to their comfort and cleanliness. This room as well as the whole of the mill is lighted with the electric light." 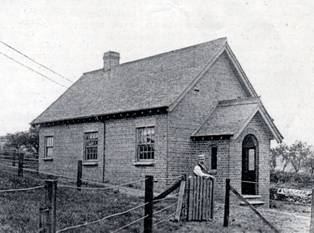 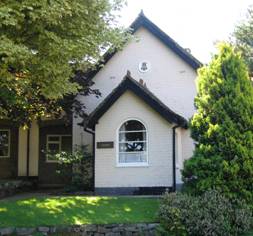 Apparently the electricity was initially a DC supply which employees used to charge the accumulators for their radio sets when there was no domestic electricity supply in the area. Albert Vickers was an engineer at Stanley Mill and collected the accumulators from local residents with the blessings of the management.

It was essential to keep the works scrupulously clean to avoid contaminating the colours. The warehouse area was lined with glazed bricks and had a concrete floor. “The roof and beams carefully prepared to show and admit of the easy removal of dust." 6
Working conditions must have been good as it is recorded that many of the staff and employees had long periods of service with the company. “From the grey-haired foreman, with his 40 or more years of service, we find not a few workmen who have been 8, 10, 20 and 23 years in regular employment at Victoria Mills or Phoenix Works." Their long practice and technical experience contributing to “the productions of a regular and reliability quality of goods". 6 In 1963 the Mill employed 23 men. Another report suggests 3 shifts with two men working on each shift at that time. 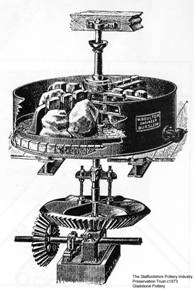 Messrs Harrison were also at the forefront in the production of a non-poisonous glaze to overcome the problem of “painters colic" in the pottery industry, at no extra cost.
No pictures of the grinding pans at Victoria Mills survive, but they are described as;" a number of grinding pans of various sizes driven by two powerful steam engines." These replaced earlier water power which had been used for the previous forge on the site. “The pans resemble a huge drum standing on end. The bottom of the pan is paved with stones, over which blocks of chert or limestone are driven by rotating arms, the fritt being crushed between the runners and pavors till it is of the required fineness. The glaze ground in water, when finished resembles cream more than anything else in appearance." A typical grinding pan setup is shown in Figure 17 from the Gladstone Pottery Museum.

Later more efficient ball mills replaced the pan grinders at Victoria Mill, and a continuous Hardinge Mill was also used.10 Later reports say that there were 2 Hardinge Mills and 6-8 Ball Mills.12 A Hardinge Mill is a type of ball mill. It is a cylindro-conical mill made in three sections: a flattish cone at the feed end followed by a cylindrical drum, and finishing with a steep cone leading to the discharge trunnion. The cones become steeper from the feed towards the discharge ends. ,
The Mill was run 24 hours a day apart from the August Bank Holiday shutdown when “an eerie silence fell over Stanley Moss." 10
The fine slurry produced by grinding or milling was run on to hot drying beds and then manually bagged when dry into Hessian sacks with metal ties,and latterly into paper sacks, or sent out in liquid form by road tanker. 12, 10

The Mill chimney, built of blue bricks was a prominent local landmark, but was gradually reduced in height over the years10 and finally demolished around 198015. Throughout the early 20th century numerous additions were made to the site, as can be seen by comparing Figures 8 from 1899 and Figure 9 from 1924, and in Figure 18 which shows the Mill buildings from the 1924 and 1937 OS Maps when the most dramatic changes occurred.

The additions included extra storage and loading facilities, with an additional rail track being added into the factory by 1937 as production increased at the Mill. In addition more modern steel and brick buildings were added, in contrast to the old stone buildings of the original site. 10

The fitting shop may have been built on the site of the original 1815 forge. Certainly “the fitting shop contained a fine old blacksmith’s forge which gave welcome relief to workers during the cold winters of the time." The first job of the day for Dave Ridgeway’s uncle, was to switch on the blower and rekindle the dormant coke, which, as if by magic was soon a raging glow.

The fitting shop was a very important part of the mill, apart from keeping the mill wheels turning at all hours of the day and night it was the focal point for local gossip and a quick “fag" away from the biting North winds which swept through the open buildings and out of the site of the manager! Minor alterations continued up to the early 70’s, many to accommodate the increasingly stricter demands of “health and safety" requirements." 10