History of the site (Part 2)

The main Mill buildings do not survive, but are shown from various directions in a series of old photographs from the Endonian Collection, Figures 19 – 24. 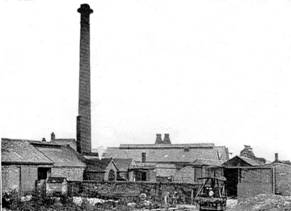 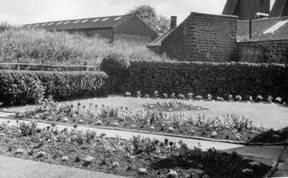 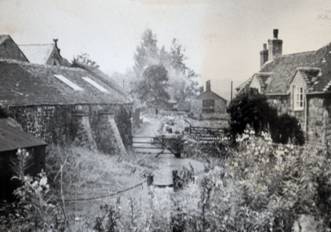 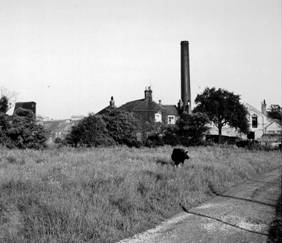 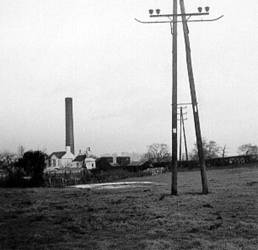 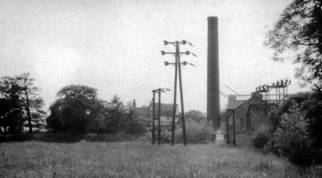 Especially interesting photographs from the Endonian Collection show the raw materials stacked up and the railway line entering the factory, Figures 25 & 26: 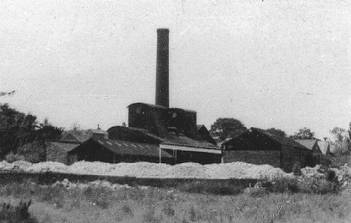 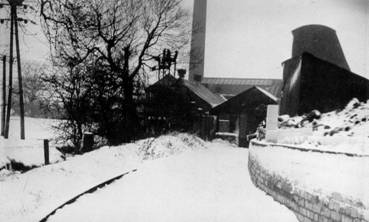 There are also several photographs showing one of the locomotives used on the branch line to the Victoria Mill when it was new in 1925, Figures 27 & 28. 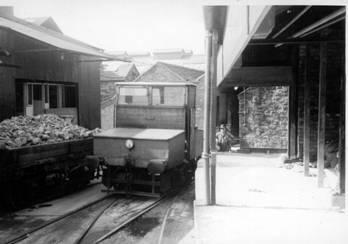 Figure 27 is interesting as it shows the raw material in the wagon on the left, as well as the loading /unloading platform on the right with a workman behind. Figure 28 shows the same locomotive with what appears to be two different kinds of feldspar, white and pink. Apparently the driver shown was Dick Mountford who lived at Clewlows Bank and the locomotive was green. 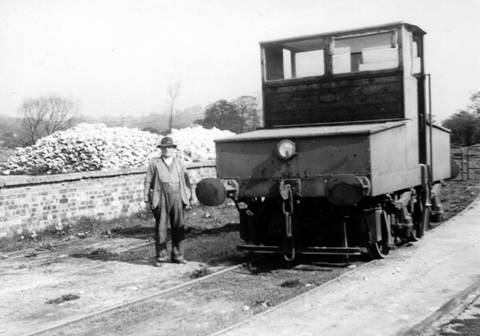 The swing bridge was built with a line running parallel to the main line to Endon Station. Two or three railway wagons were shunted on this line for collection by the mill’s own locomotive. A vertical steam boiler was used first before 1900 and could be the one shown in Figure 19. This was replaced in turn by two electric locomotives powered by lead-acid batteries which were charged overnight on a charger in the engine shed. Geoff Perkin remembers seeing 3 or 4 railway trucks being pulled by the battery electric locomotive over the swing bridge, built by Hartleys Engineers of Etruria, and then seeing the bridge pulled back to its central position to allow boats to pass.
Geoff Morris drove the train from the 1930s to the 1950s, then a replacement driver “Dickie Dido” followed by Jess Holland, father of Frederick Holland. Each train had 3 wagons and there were 2 runs a day, with the locomotive taking the wagons to Endon Station.

After the demise of the railway by 1964, supplies were brought in by road including trucks carrying china clay from Cornwall, and lorries from Runcorn carrying 10-15 tons of Feldspar up to 30 times a week. Coal was also brought in by road. In addition a lorry left Garth Street in the Potteries to collect 2 tons of glass fritt for Wades Ceramics. Other dry products were transported in sacks or bags to Harrisons in Hanley, as well as colours going direct to customers including Bullers.

There are a few photographs showing the swing bridge. Figure 29 shows men clearing snow from the Mill side of the Swing Bridge. The rails on the canal bank appear to be at ground level right up to the canal edge and the bridge has supporting girders at the edge of the bridge deck to give rigidity. These RSJs were said to be about 2ft high. 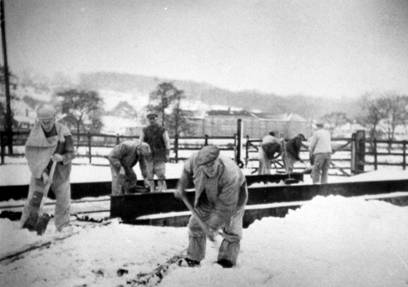 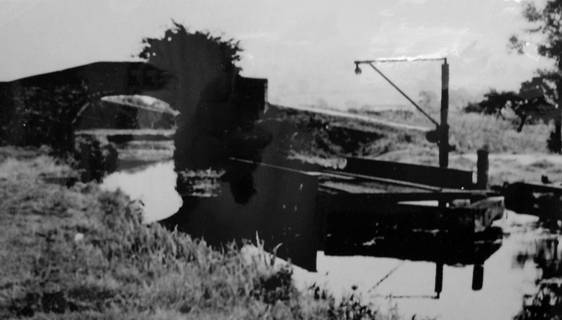 Apparently the crane was used to lift China/Cornish Stone out of the boats, and to lift larger rocks into the railway trucks. 16

When the bridge was rotated into position for the locomotive, the central pivot point bore no weight as the bridge rose slightly. The bridge had then to be levered off the metal pads with a bar before it could be swung back to the parallel position for canal traffic. Edward Kilfoil was the engineer/fitter who dealt with the mechanics of the swing bridge.

The remaining pictures show the bridge after 1969 when it was no longer in use for rail traffic, Figures 30 - 32. Figure 30 shows a post and hand rail on the far side of the bridge landing, and apparently at least one rail still in place on the landing area. This appears to be the remains of the wooden counterweighted footbridge with handrail, which pivoted in a metal pad with a central hole on the canal bank. This “plank” was manoeuvred to the wooden buffers in the centre of the canal so that the swing bridge could be pulled to the bank.

Figure 31 was taken from Canal Bridge 27 and shows the line of timbers to guide boats past the bridge, the rails and supporting girders at the edge of the bridge deck, but no details of any rotating mechanism. There is no evidence of any rail track parallel to the canal edge in the landing area or any crane. 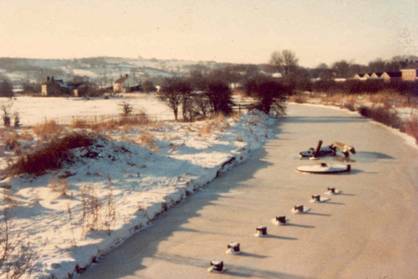 Figure 32 was obviously taken after Figure 30 as the bridge deck has disappeared, but the 7 timbers to guide boats past the bridge base remain. There is also no longer any sign of the hand rail on the far side of the landing area. It is reported that this picture was taken in 1982 . On the far side of the base of the swing bridge are the remains of more guide timbers, but again there is no evidence of any crane in the landing area.

Unfortunately only the central pier of the swing bridge survives, Figure 33. There is a central tube and a flat metal rim, but no evidence of any rack and pinion mechanism to help rotate the bridge. The circular pier is 7ft 8½ins or 2.35m in diameter. 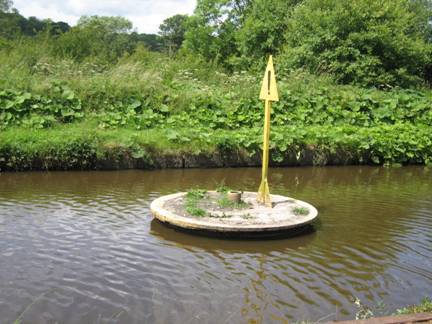 The Harrison family eventually relinquished control of the company, now Harrison Mayer. It was sold to Associated Lead a much larger concern who realized that major expansion and updating was required, however access by the now much larger road vehicles was rejected, and over a century of milling came to an end in the mid 1970’s. The company finally became Cooksons Ceramics and moved to the old aerodrome site adjacent to the A59 at Meir.” 10

It obviously took some time to close down as in 1969 the following item appeared in the Evening Sentinel:

“DECISION TO SHUT VILLAGE’S ONLY INDUSTRY EXPLAINED
A Planning Department spokesman to-day explained a decision which has caused a storm in a Staffordshire village.

The village of Stanley’s only industry, the Victoria Mill, is to close on September 26th – a move which will throw 14 people out of work. Harrison Mayer Ltd. ceramic material makers, are closing the mill because it is no longer economical to run. It would have been if planning permission had been granted for the mill to be extended or developed, it is claimed. And the workers – 10 from the village – have demanded. “Why was the extension not granted when, only 200yds up the road, an indoor riding school has been built. They also claim that the riding school is of comparable size to the proposed mill development.

A spokesman for Staffordshire County Council Planning Department today answered their question. “The application – for a sizeable development – was turned down five years ago because the mill is in the green belt,” he said. “A riding establishment is an activity appropriate to the green belt. Although it includes buildings, it is a recreational activity, which, among of other things, the green belt is there for,” he said. “It was always open to the firm to appeal against the decision or to make a fresh application. They have taken no steps to bring to the notice of the authority the importance of the development which would have been taken into account when any application was considered.”

Said a company spokesman: “No-one from Whitehall or the county council ever gave us any hope of an appeal being successful. We took the refusal as final because it was said the mill was in the green belt and we thought there was no hope of the decision being reversed.” “The closure of the mill was later taken into account in our development at Joiners Square, Hanley, two years ago,” he said.”

The Victoria mill buildings were still standing c1974 when they were photographed by W.J.Thompson, Figure 34,1 and described as a disused factory at Stanley, which had belonged to Harrison Mayer, who supplied materials to the pottery industry. 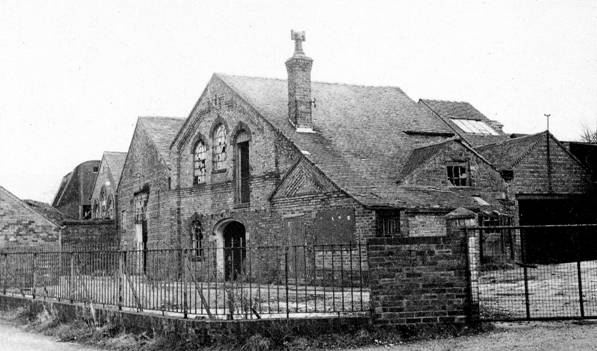 In the 1980s the Mill site and associated railway line was purchased for development by John Emery , who subsequently donated the small plot of land adjacent to the Canal Bridge to the Parish Council for use by local people, Figure 35. 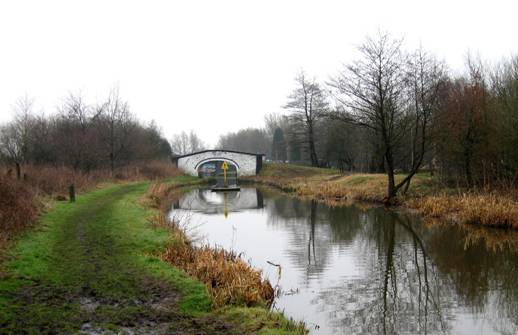