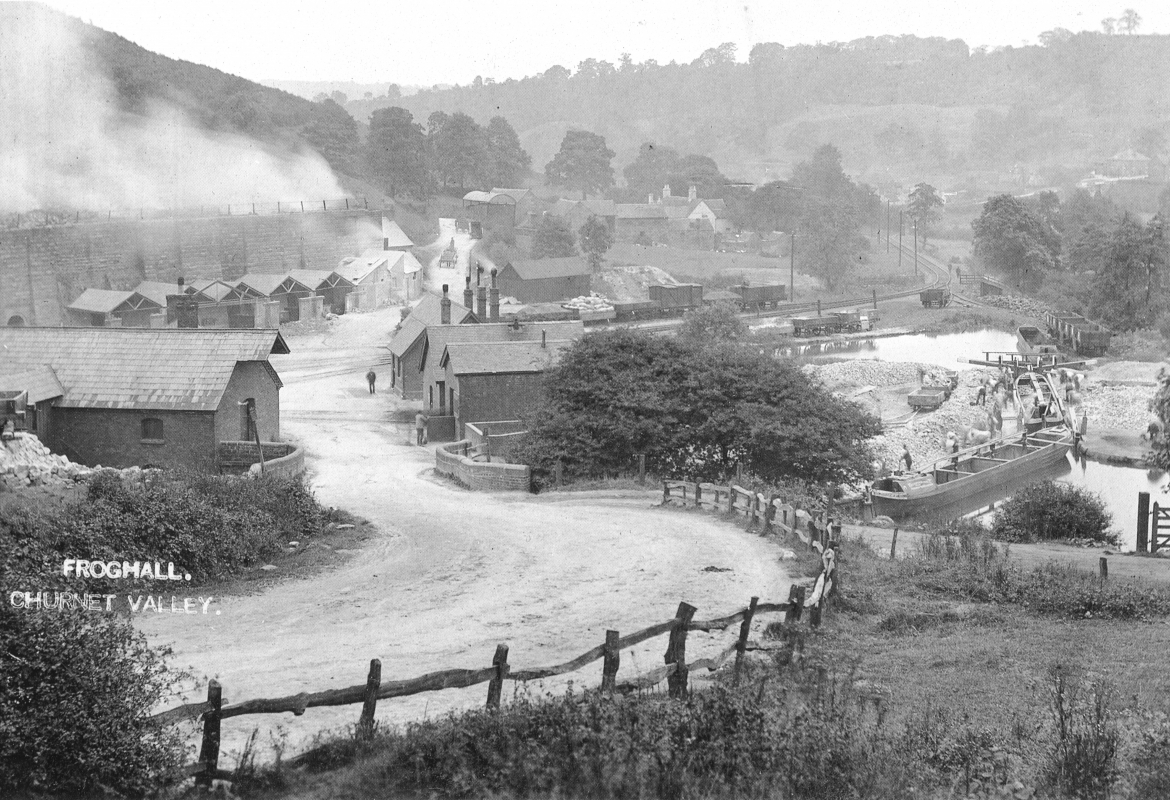 A planning application has recently been submitted for land directly south of the basin at the start of the Uttoxeter Canal in Froghall. This application puts 49 new houses between the basin and nearby A52. Based on the information provided we can confirm that, if approved, the development would block all possible alignments for the canal through Froghall, and would permanently end our ongoing project to restore the Uttoxeter Canal. It would remove the opportunity to attract funding and support for improvements not only in Froghall but also the 7 miles of canal between there and Denstone, and would end ongoing volunteer-led works in the Alton and Crumpwood areas. The proposal contravenes both the adopted Churnet Valley Masterplan and the Staffordshire Moorlands Local Plan as it destroys the line of the canal, which is a nationally recognised historic monument. Both the planning documents record the route of the canal in Froghall and support restoration as a long term aspiration, with a pedestrian route from the canal basin to the A52, down the original towpath, as a short term goal.

The first lock and basin of the Uttoxeter Canal were reopened in 2005, in a £625k partnership project between volunteers, British Waterways, local and regional authorities, backed by the European Regional Development Fund. The 2009 restoration feasibility study demonstrated that the line of the canal from Froghall as far as Denstone was largely extant and could be restored with minimal deviations from the original line in Oakamoor and Alton, and in a few places where it was crossed by the later railway line. New alignments for the canal in all these locations have been identified. In 2012, the Trust began restoration works further down the canal between Alton and Denstone, in a £105k project supported by the Heritage Lottery Fund (now National Lottery Heritage Fund) as the single largest project in the £2m Churnet Valley Living Landscape Partnership. This grant was used to restore Bridge 70, clear the line of the canal and towpath in that area, laying 250m of new towpath in the process. Since then volunteers have cleared an additional 1.5km of towpath and have uncovered the site of three locks and other heritage structures along the line of the canal, including the grade II listed and unique Crumpwood Weir, where boats previously crossed the River Churnet.

The Trust strongly encourages all who are interested in the restoration of the Uttoxeter Canal, or indeed any of the related footpath and environmental improvements which have been undertaken or are proposed, to look at the application, SMD/2020/0684, and to respond to it. The Trust will be opposing the application in its own comprehensive response in due course and a significant number of early responses supporting our view would be incredibly helpful. Our ideal outcome would be that this application is withdrawn before the closing date and resubmitted in a form which does not block the line of the canal. This essentially means only building on the land designated for housing in the local plan, and we would have no objection to this. Responses need to be submitted via the Staffordshire Moorlands District Council website by 17th March.

Thank you for your support.

View the map of the canal here

We have added more information in a news update here

Chairman Steve Wood will be talking about the Uttoxeter Canal on Friday 12th March. Sign up for this Zoom talk here