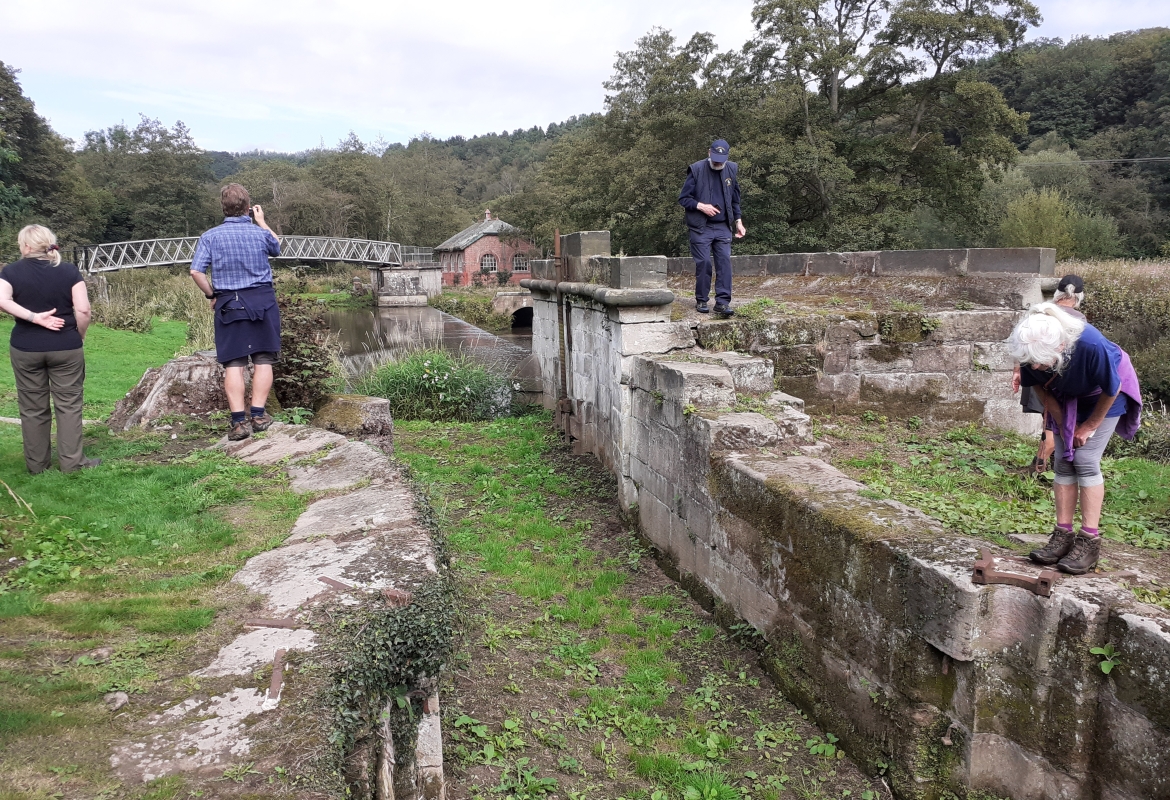 Visitors at Crumpwood inspect the remains of the flood lock

On Saturday 18th September a team of volunteers from Caldon & Uttoxeter Canals Trust and IWA North Staffordshire & South Cheshire Branch were on hand at Crumpwood in Staffordshire, to talk to visitors during a self-guided walk along the Uttoxeter Canal between Alton and Denstone.

The event was organised as part of the national Heritage Open Days week.  Visitors arrived on foot following signage and a route description which was available online. Along the route were additional displays about current projects and future aspirations.  Guided trips to look at the flood lock, cleared of its vegetation in recent years by volunteers from CUCT and Waterway Recovery Group, took place throughout the day.

This was a rare opportunity to look at the remains of the flood lock and the weir stonework on that side of the river, not normally accessible by the public.