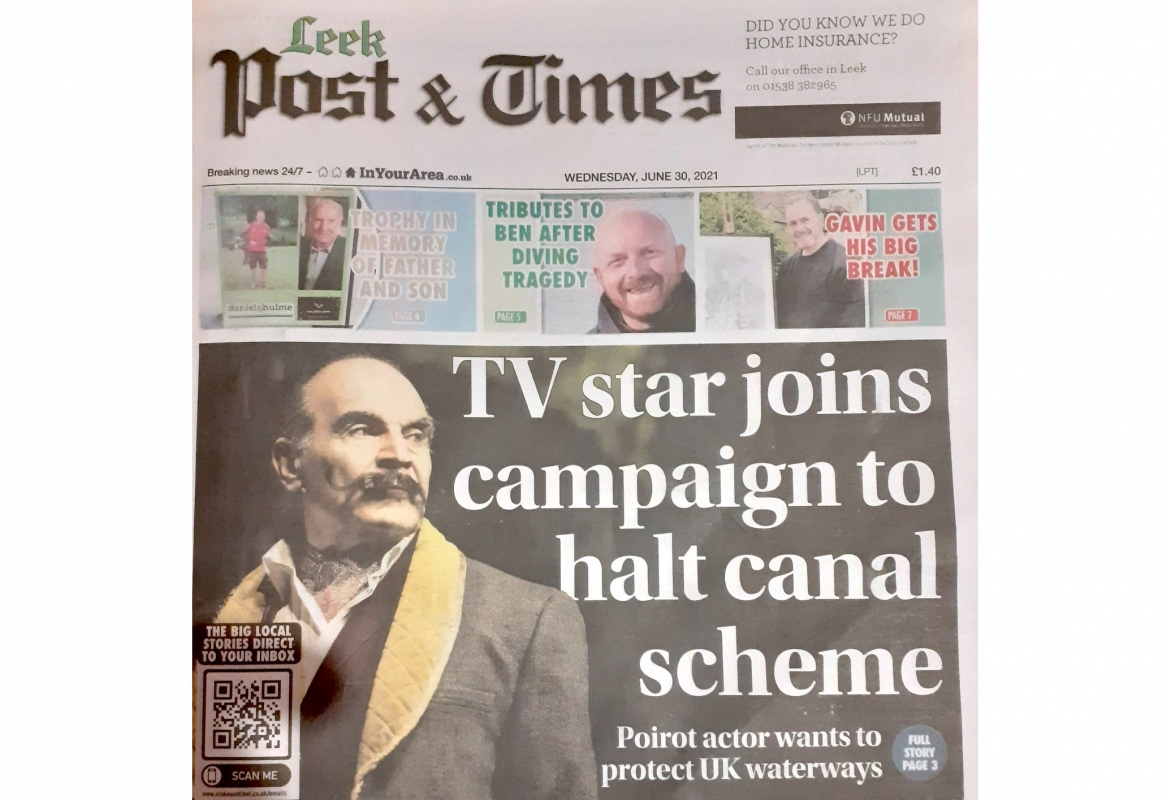 The developer recently submitted a number of fairly detailed additional documents rubbishing the viability of the restoration and suggesting that it can be ignored, or that the restored canal could take a different route through Froghall. Unfortunately this is broadly untrue. The canal could not drop into the river through the area as it is too narrow, windy and fast flowing, even under normal conditions. It also regularly floods and at time this can be 2m or more. The river sections of the Caldon Canal at Consall and at Crumpwood on the Uttoxeter Canal were able to be made navigable because the river is much wider and deeper, and the valley flatter, so the flow is much slower. It is unfortunate that basic details like this were not checked with us by the applicant.

The Trust would be more than happy to discuss any aspects of the proposal, including a small deviation for the line of the canal, which would simplify the crossing under the A52. Indeed the Trust first suggested this more than a decade ago, and raised it again when the Chunet Valley Masterplan was being developed. Unfortunately to date the developer has chosen not to talk with the Trust on the details of this application other than to use our 2009 feasibility study and other documentation which have been very selectively quoted in an attempt to justify their proposal to build on the line of the canal. The Trust is supportive of the principle of regeneration in Froghall, which remains the terminus of the Caldon Canal and as such is a destination for visitors arriving along both the canal and nearby railway. Appropriate redevelopment would bring significant benefits, clean up an eyesore whilst dealing with this heavily contaminated post-industrial area.

As a result of the new documents submitted, and also for scheduling reasons the application committee date has been put back a number of times. The window for comments is extended each time the date changes, so at present people can respond on the website until 27th July, with the application currently due to go to committee on 12th August. Here's the link to the main application.

We are nudging towards 300 objections at present, both from local people and the wider waterways community. There are some really good points in the recent CRT and IWA responses that people might want to refer to, both written after consultation with ourselves and we fully endorse everything that has been said. Scroll to the bottom of the page to see the most recent submissions and responses.

As well as our specific interest in the canal there are other very good planning reasons why this application should be opposed. You can read more about these in many of the responses to the application but the main points are the failure to deal with severe ground contamination, the lack of infrastructure and public transport in Froghall, over-development of a rural village contrary to the local plan, loss of historic open space and harm to the setting of the listed building. These are just a few of the reasons which we have cause to believe that this application must be rejected.

We were recently fortunate in getting the support of David and Sheila Suchet, and our press release made the front page lead in the local paper a couple of weeks ago, as well as being picked up in media elsewhere. Thanks to them and indeed to everyone for your support, we are far from done and dusted on this and every bit of support is helpful.