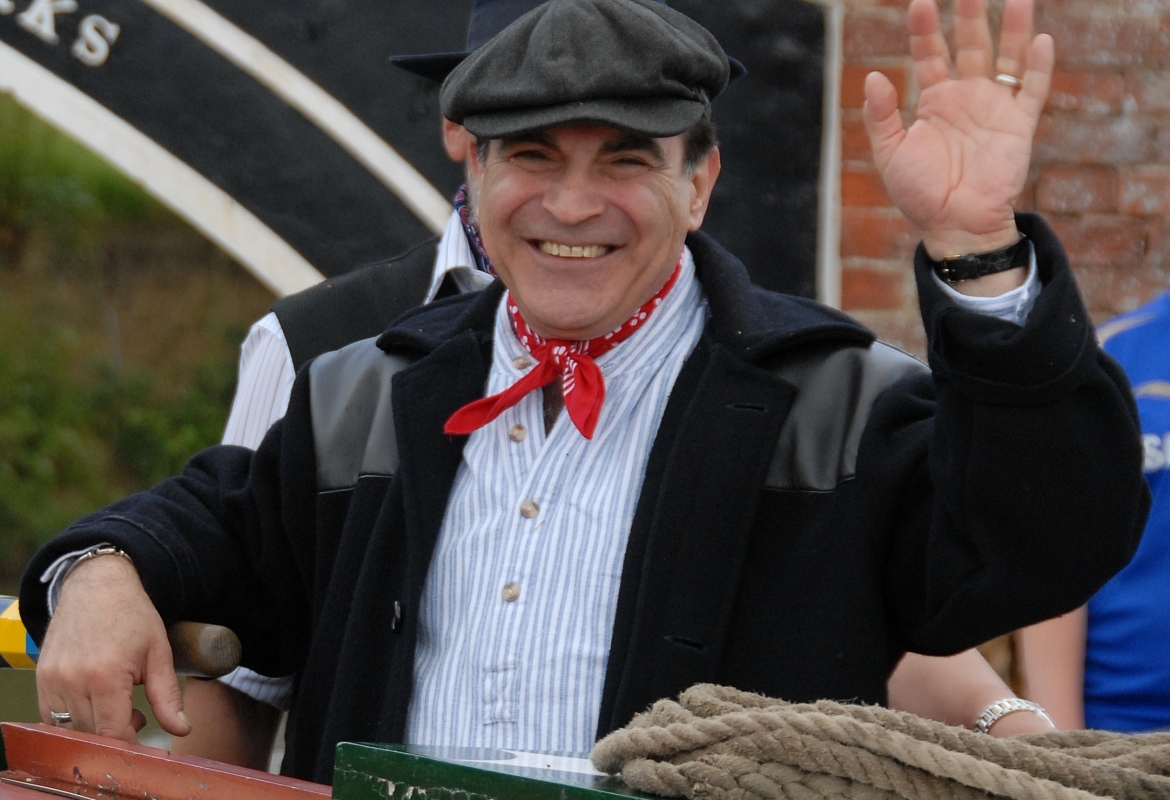 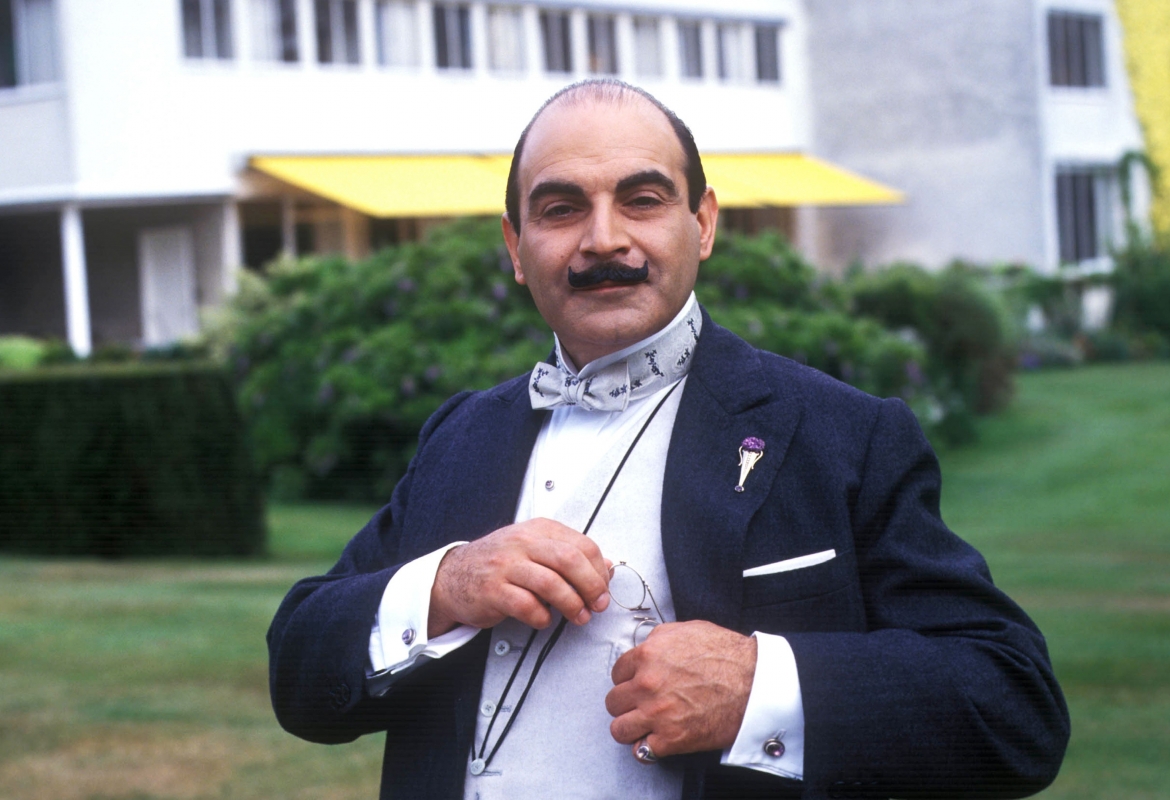 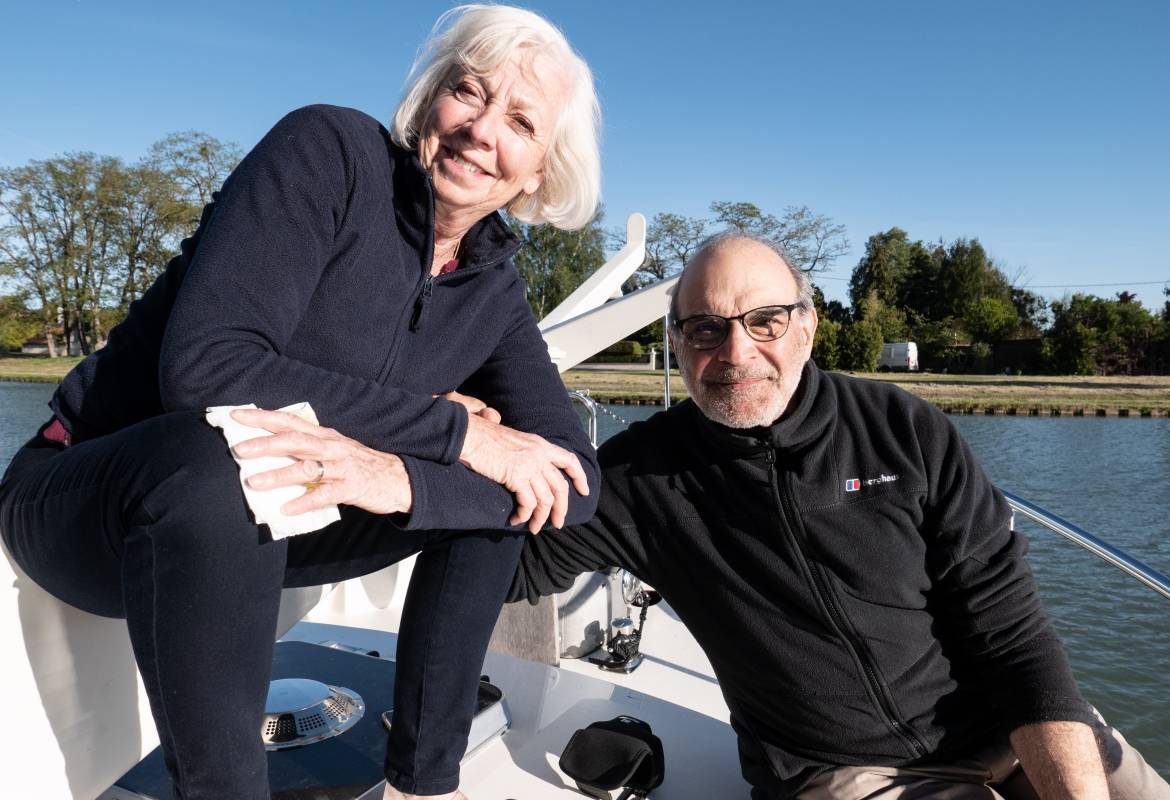 Sir David and Lady Suchet have joined Staffordshire Moorlands residents, parish councils and canal volunteers in voicing their concerns about development proposals that would prevent further restoration of the Uttoxeter Canal at Froghall and kill opportunities to extend safe walking and cycling routes, create wildlife corridors and grow sustainable tourism.

Actor David Suchet, world renowned as Agatha Christie’s detective Poirot, is passionate about canals and rivers, their history and the environmental, well-being and economic benefits they offer. He has a strong interest in waterway restoration schemes throughout the UK; horrified to learn what is at risk in the Churnet Valley, he contacted the Caldon & Uttoxeter Canals Trust.

Now Sir David and Lady Sheila Suchet add their voices to hundreds who have written to object to a planning application that would see an executive housing development built at Froghall, effectively severing the derelict Uttoxeter Canal from linking into the Caldon Canal and onward to the inland waterways network. The scheme for 49 houses on the land between Froghall basin and the A52 covers the route of the historic canal. It has been drawn up as further down the Churnet Valley volunteers are hard at work uncovering the waterway’s rich heritage, restoring structures and managing the environment in consultation with wildlife experts and landowners.

Sir David explains, “The waterways of Britain have been an important part of my life since my wife and I bought our first narrowboat back in 1974. Over the years, it has been a privilege to lend my support to restoration societies across the UK. These groups work tirelessly to bring rivers and canals back to their former glory in order to protect our heritage. As Vice Presidents of the Inland Waterways Association that protects and restores Britain’s canals and navigable rivers - and also of Staffordshire’s Lichfield & Hatherton Canals Restoration Trust – we have experienced working alongside restoration volunteers firsthand. I have learned just how many years these restoration projects can take to progress and the value of milestone projects along the way.”

Focussing on the Staffordshire Moorlands, residents may remember how the volunteers of the Caldon Canal Society fought to bring the Caldon Canal back to life in 1974 after it fell derelict in the 1960s. Another restoration milestone was delivered in 2005 when the first lock and basin of the Uttoxeter Canal at Froghall were reopened - a £625k project delivered by the Society’s volunteers working in partnership with British Waterways and local authorities and backed by the European Regional Development Fund and Single Regeneration Budget.

The volunteer charity then changed its name to the Caldon and Uttoxeter Canals Trust (CUCT) looking to preserve the line of the Uttoxeter Canal and maintain in good order the structures and lengths of canal that still exist. In 2009, with the support of Staffordshire County Council, a study was undertaken that concluded the restoration of the canal is feasible.

The Uttoxeter Canal restoration achieved more milestones when CUCT became part of the Churnet Valley Living Landscape Partnership, delivering record numbers of volunteering days which helped release over £2 million of the National Lottery Heritage Fund and other charitable funding. CUCT volunteers reinstated traditional cast iron mileposts to form the basis of a Uttoxeter Canal heritage trail through the Churnet Valley and onward to Uttoxeter itself. They also restored Bridge 70, the last standing stone bridge over the canal between Alton and Denstone, which carries a well-used public footpath. This was achieved with the support of Staffordshire Moorlands District Council who carried out a compulsory purchase order on the bridge before work could take place as no owner could be identified. The bridge was then sold to CUCT for a nominal sum.

The Trust’s volunteers continue to work in this section of the Churnet Valley conserving more of the canal’s structure, uncovering towpaths loved by walkers and creating a thriving wildlife corridor through careful woodland management - all supported by the RSPB and landowners.

David Suchet is distraught that the landowners proposing the development at Froghall cannot see the consequences of their current plans. He explains: “I worked on IWA’s “Waterways in Progress” report which describes how restoration schemes are not just a means to an end; they have a life of their own and can bring quantifiable benefits at every stage! New towpaths for walking and cycling have wellbeing benefits. So does participating in the restoration itself, along with bringing opportunities to develop new skills and friendships. New community places bring people together and build a sense of pride. Enhancing heritage and wildlife habitats in turn delivers environmental benefits for all. Restoration can go hand in hand with regeneration and tourism that helps boost the local economy; evidence suggests that developers can benefit from a 15-20% uplift in value of waterside properties by incorporating a restored canal into plans for a site!”

Steve Wood is chairman of the Caldon & Uttoxeter Canals Trust and describes what else the Trust has been working on: “We have been exploring creating a walking and cycling route along the length of the Uttoxeter Canal utilising as much of the original towpath as possible, particularly between Froghall Basin and Oakamoor as much of the canal exists alongside the old railway route. Studies show this would be a very good opportunity to improve accessibility and connectivity within the Churnet Valley and make a high contribution to sustainable tourism. These studies form the evidence base of the SMDC Local Plan adopted in September 2020.

“We were devastated to see this planning application submitted without being invited by the developer to explore how the Uttoxeter Canal corridor could be used to enhance the potential of the whole site at this critical Froghall gateway between the Caldon Canal conservation area and the Churnet Valley. Their application argues that the Churnet Valley Master Plan is only a Supplementary Planning Document for guidance. However there is clear basis in the main adopted SMDC Local Plan for expecting development of this site to make proper provision for the future restoration of the Uttoxeter Canal – and the SMDC planning committee must have regard for this when they make their decision.”

Sir David agrees: “I urge the landowners and developers to look around Britain’s inland waterways to see the magic that can be created by visionary groups of volunteers and the charities who are determined to make a difference to our waterways. Any development should not prejudice potential reinstatement of the route of the Uttoxeter Canal.”