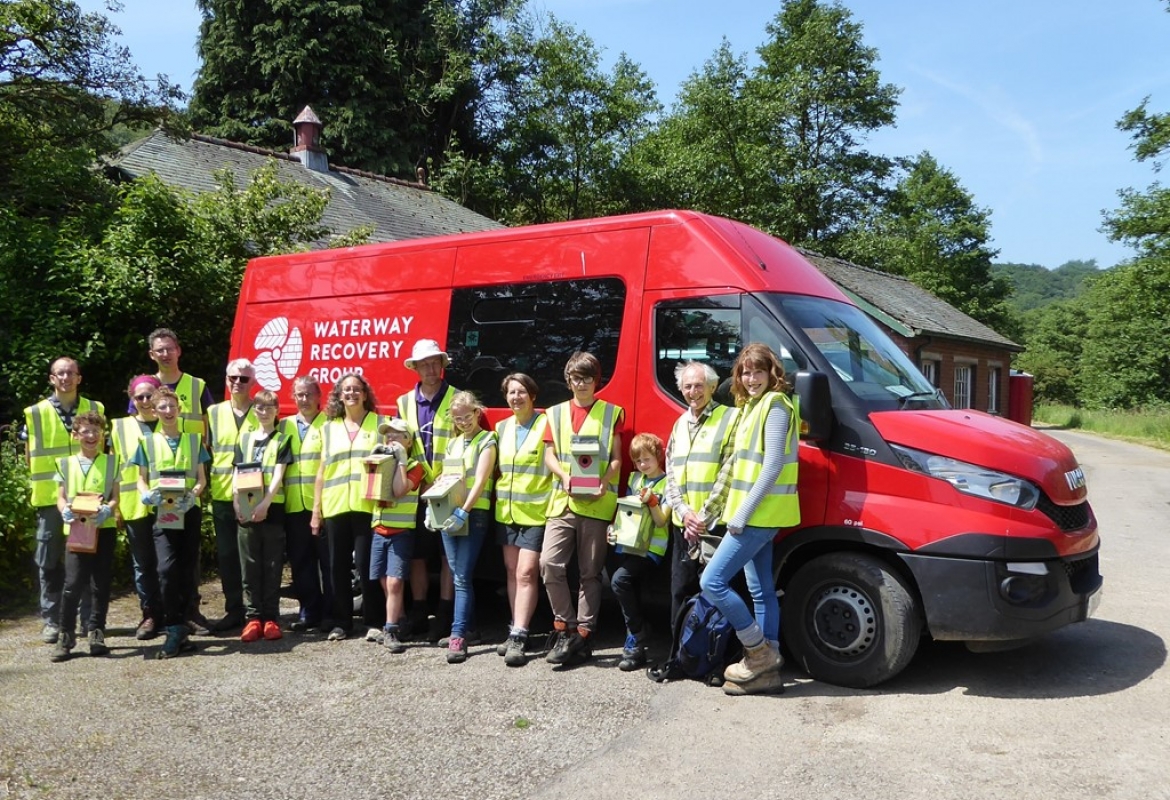 Waterway Recovery Group, part of the national waterway charity The Inland Waterways Association, has kicked off its second year of family orientated volunteering weekends with an event on the Uttoxeter Canal.  Hosted by the Caldon & Uttoxeter Canals Trust, the weekend event took place on 9th & 10th June around the Crumpwood area of the canal, near Denstone.

Five families took part, with a total of 7 children ranging in age from 8 to 13, accompanied by their parents or grandparents.  Activities included building and installing bird boxes, clearing vegetation, pulling invasive Himalayan balsam (with a competition for the best sculpture made out of it), a nature walk to carry out a survey of wildlife in the area, and general improvements to the canal in the area.

The families had travelled from as far away as Hertfordshire and Yorkshire for the weekend and stayed at Smallwood Manor, run by Denstone College, where the Saturday evening saw families enjoying a sociable barbecue while relaxing after their hard work.

The young people taking part were very enthusiastic about the weekend and commented:  “Bird boxes, balsam and bollards – it had everything!” (Jonathan), “We learnt a lot of new skills this weekend which will be useful in the future” (Georgina), “I enjoyed it all but most exciting was finding a dragonfly nymph on the nature walk” (Peter).

Funding for safety equipment, tools and materials for the event came from Tesco’s Bags of Help Scheme, following voting in store by the residents of Uttoxeter earlier in the year.

Caldon & Uttoxeter Canals Trust Chairman, Steve Wood, said “It was fantastic to see the young people and their families experience volunteering, some for the first time, on our canal project.  It was great that they were able to have fun at the same time as carrying out some useful tasks in the area between Denstone and Alton, which is our current area of focus for improving access to the line of the canal”.