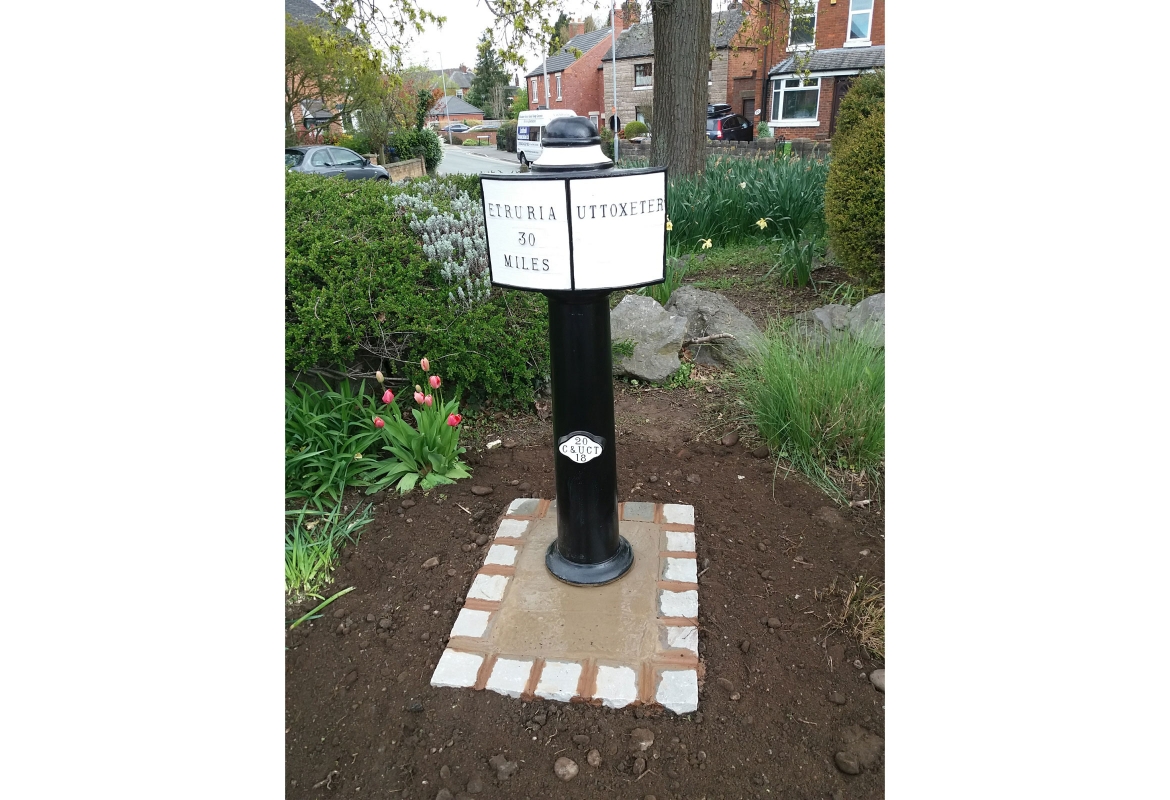 The newly installed post at The Wharf in Uttoxeter

Our project to reinstate all the mileposts on the Uttoxeter Canal reached a significant point yesterday with the installation of Milepost 30 at The Wharf in Uttoxeter. This means that four of the six newest mileposts have now been installed and that only three remain to be installed along the full 13-mile length of the canal.

The Trust installed five of the six missing mileposts between Froghall and Denstone as part of a project within the Churnet Valley Living Landscape Partnership in 2016. The sixth post has been cast but not installed as it is to go into a position not presently accessible to the public between Froghall and Oakamoor. It will be installed at a later date when this section of towpath is reinstated. The present project, fully funded by CUCT members and supporters, will reinstate all 6 missing mileposts between Denstone and Uttoxeter.

In a couple of places where the original milepost location has become inaccessible through later developments we are installing the new posts nearby on publicly accessible routes so that walkers can follow them. When this project is complete the Trust will be promoting a pedestrian route from Uttoxeter into the Churnet Valley along the line of mileposts which will initially reach to Oakamoor, and eventually to Froghall.

Thank you to our supporters who contributed funds and our volunteers, led by Philip Balfour, who have delivered the project.