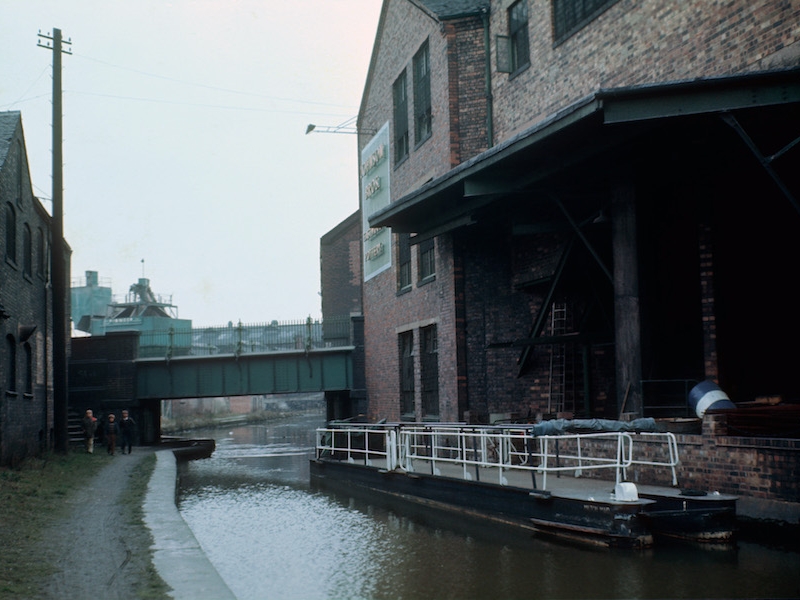 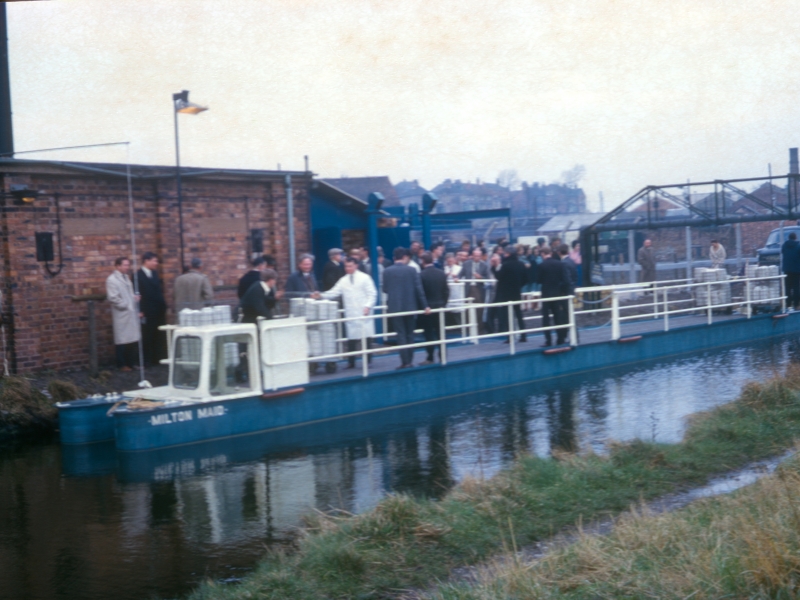 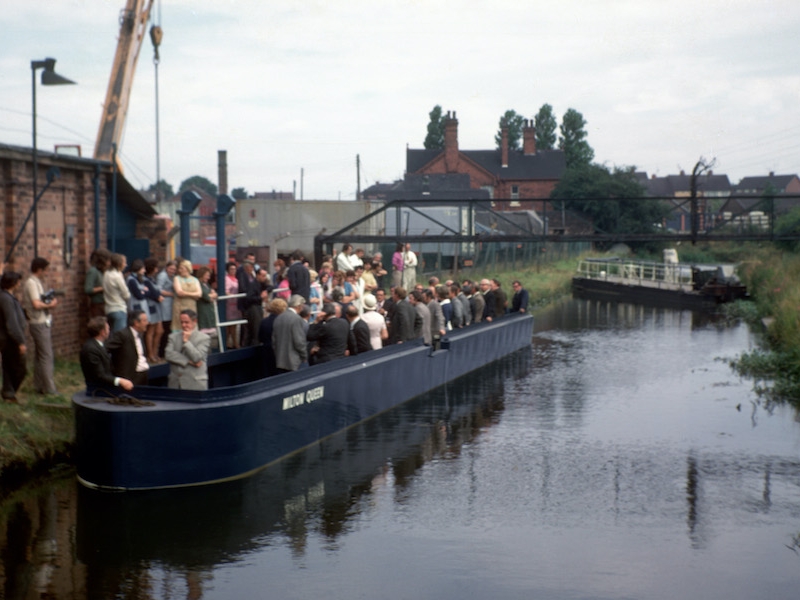 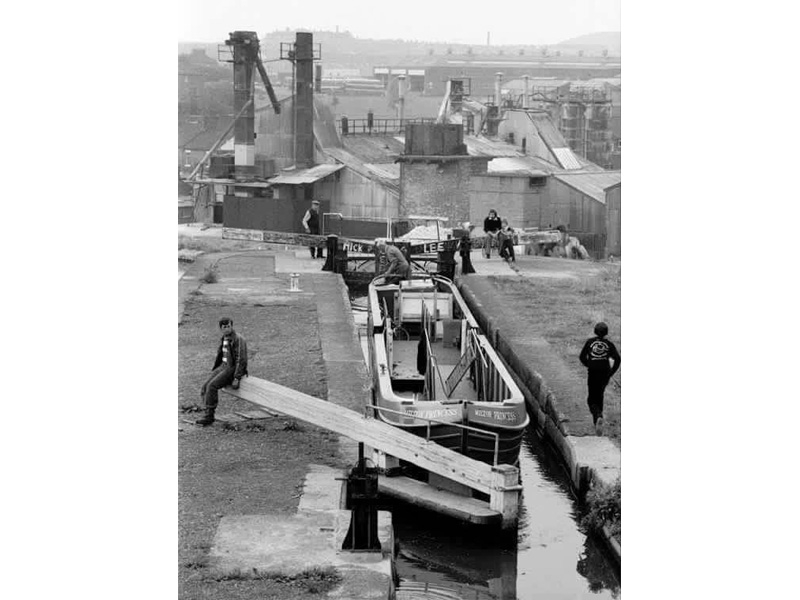 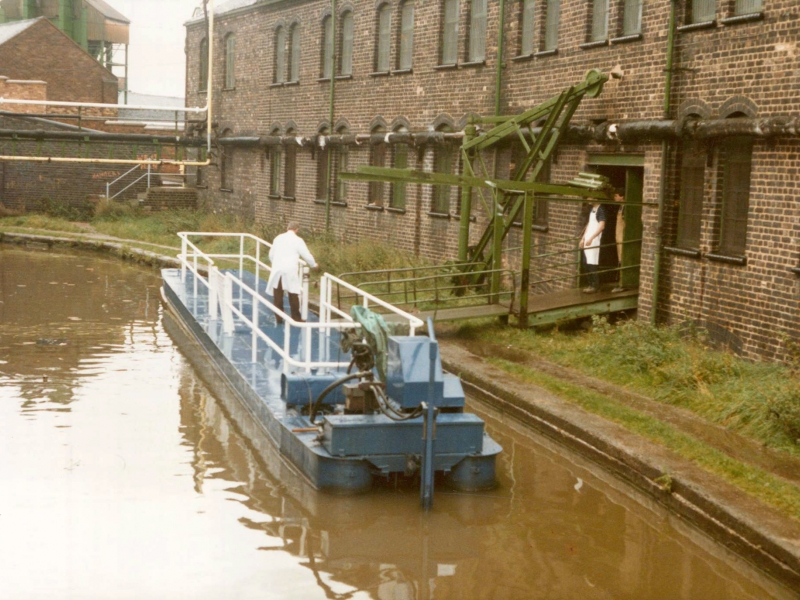 Cargo Boats On The Caldon Canal

The following article first appeared in the Caldon Canal Society magazine "Cherry Eye" in 1978. Photos from are from the Trust archive.

Johnson Brothers, a member of the Wedgwood Croup's earthenware division, will be sending their third canal boat ‘Milton Princess' on her maiden voyage along the Caldon Canal, Hanley, on Tuesday Sat October 1978.

Led by its sister vessel - the 'Milton Maid' and the ‘Milton Queen’ - the new boat will be carrying a cargo of tableware four miles along the Caldon Canal to the Johnson Brothers Milton factory for packing and dispatching to home and export customers.

To mark the maiden voyage, Johnson Brothers managing director, David E. D. Johnson, will take the tiller of 'Hilton Princess' on departure from the canalside loading dock at the Hanley factory.

An old-style narrow boat, the 'Milton Princess' is the first fully commercial narrow boat to have been built for over 20 years. Seventy feet long by seven feet wide, constructed in quarter inch steel plate, the boat weighs 10 tons and will carry up to 15 tons. It is cowered by a Russell Newbery DM2 marine engine, rated 24 BHP at 1500 RPM

One unusual feature of the boat is the remote control gear and throttle control at the bows, together with a detachable rudder which can be hung over the front Stem, enabling the craft to be more easily manoeuvred in reverse when the situation demands.

A hydraulic lift system on board rises to dock level and two hinged ramps enable easy loading. The boat will carry about 40 cages of ware - 3,000 dozen pieces a trip on average - on the one hour journey between Hanley and Milton. To carry the same amount of ware, a low-loader road vehicle would need to make about three trips which would be more expensive in running costs and liable to breakages.

In addition to its regular run, the 'Milton Princess' will also travel to Johnson Brothers, Eastwood factory and J & G Meakin. It could also be adapted for journeys to Midwinter, Burslem, or even Wedgwood, Barlaston.

The boat has been built by M. E. Braine, boatbuilders at Norton Canes Docks, Pelsall near Walsall, one of the oldest surviving canal boatyards in existence. Narrow boats have been built at this yard since 1876.

‘Milton Maid’ is now 12 years old and following its success the company launched ‘Milton Queen’ five years ago. Now the 'Princess' completes a trio of narrow boats which makes Johnson Brothers' use of the 200 years-old canal system unique in this modern age of British industry.