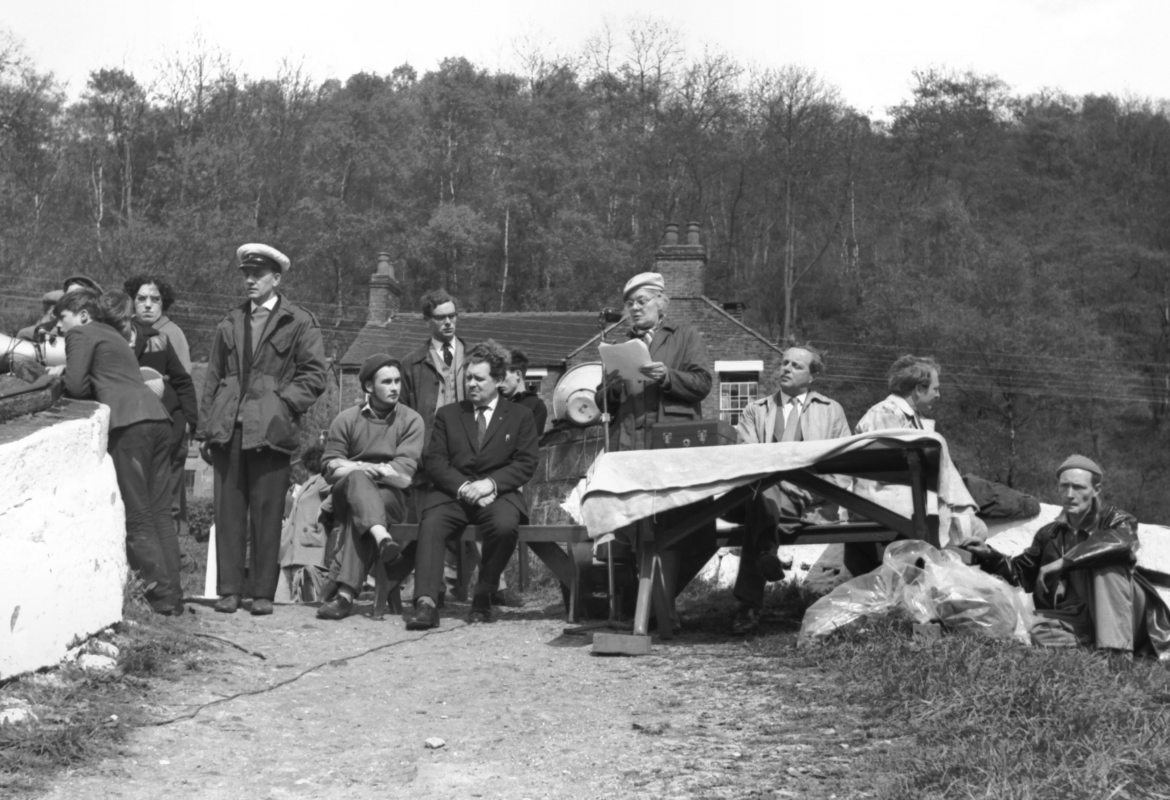 By the late 1950s traffic had virtually ceased on the Caldon Canal and in 1960 a closure notice was displayed at Etruria. Not wishing to see the canal closed, a number of enthusiasts got together and in 1963 the Caldon Committee (forerunner to the Caldon Canal Society, later the Caldon & Uttoxeter Canals Trust) was inaugurated with a view to saving the Canal.

The Caldon Canal was classed as a remainder waterway in 1968. This meant that British Waterways were not bound to maintain the canal to a navigable standard but it would not be closed. Eventually an agreement was reached between Stafford County Council, Stoke-on-Trent City Council and British Waterways Board to restore the canal.

Thus, in 1974 the Caldon Canal was reopened at a cost of £100,000. Following the reopening of the Canal in 1974, the Caldon Society's aim was to have the Caldon upgraded to cruising status and this was finally achieved in 1983.