The cast iron bridge at Hazelhurst Junction, which is a Grade 2 Listed structure, hadn’t been painted for over twenty years, and so The Inland Waterways Association’s North Staffordshire & South Cheshire Branch and the Caldon & Uttoxeter Canals Trust joined forces to plan and implement a project to paint the bridge in a week.

The work took place between Monday 8th and Monday 16th June, and by the end of the week all the metal work on the bridge had been painted.  The preparation by carefully scraping and wirebrushing took the first two days, and then a specialist primer was used on the bare metal before the final coats of black and white paint were applied.  Due to the bridge’s Listed status, approval of the methods and paints to be used was carried out in conjunction with Canal & River Trust (who own the bridge).

Historic photos show numerous variations in the colour scheme used on the bridge, from all white, to all black, but Listed building status meant that the volunteers had to paint it like-for-like according to the previous colour scheme.

14 different volunteers took part in the project and they included several local residents who lived in walking distance from the site, as well as people who travelled from Cheshire and elsewhere in Staffordshire to work on the project.

IWA North Staffordshire & South Cheshire Branch Chairman, Bob Luscombe, said “As the local branch of The Inland Waterways Association we hold regular work parties across North Staffordshire and South Cheshire, and the Hazelhurst Junction Bridge Project was something we were pleased to take a lead on.  We hope that everyone who walks or boats along the Caldon Canal will take delight in its improved appearance”. 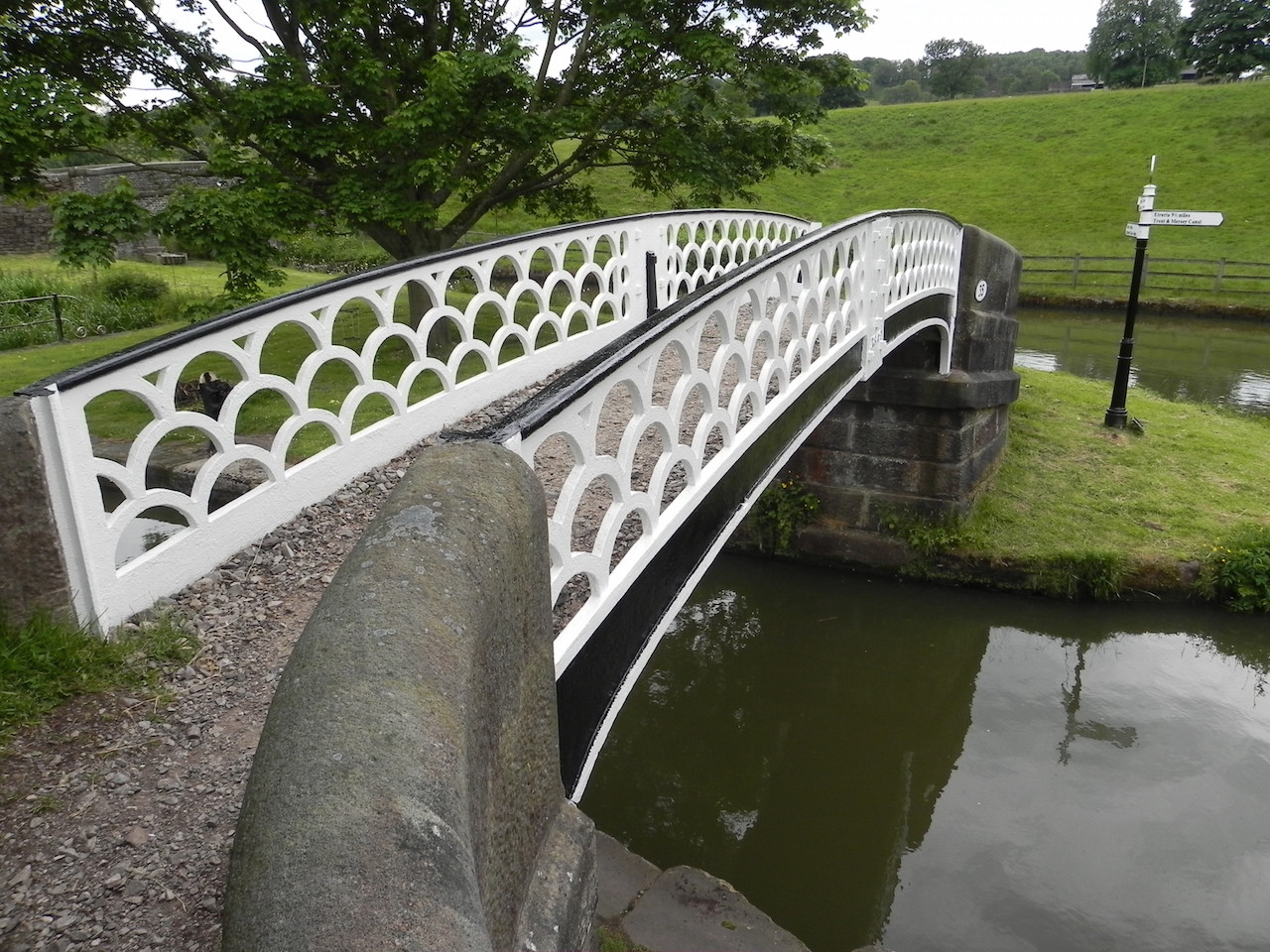