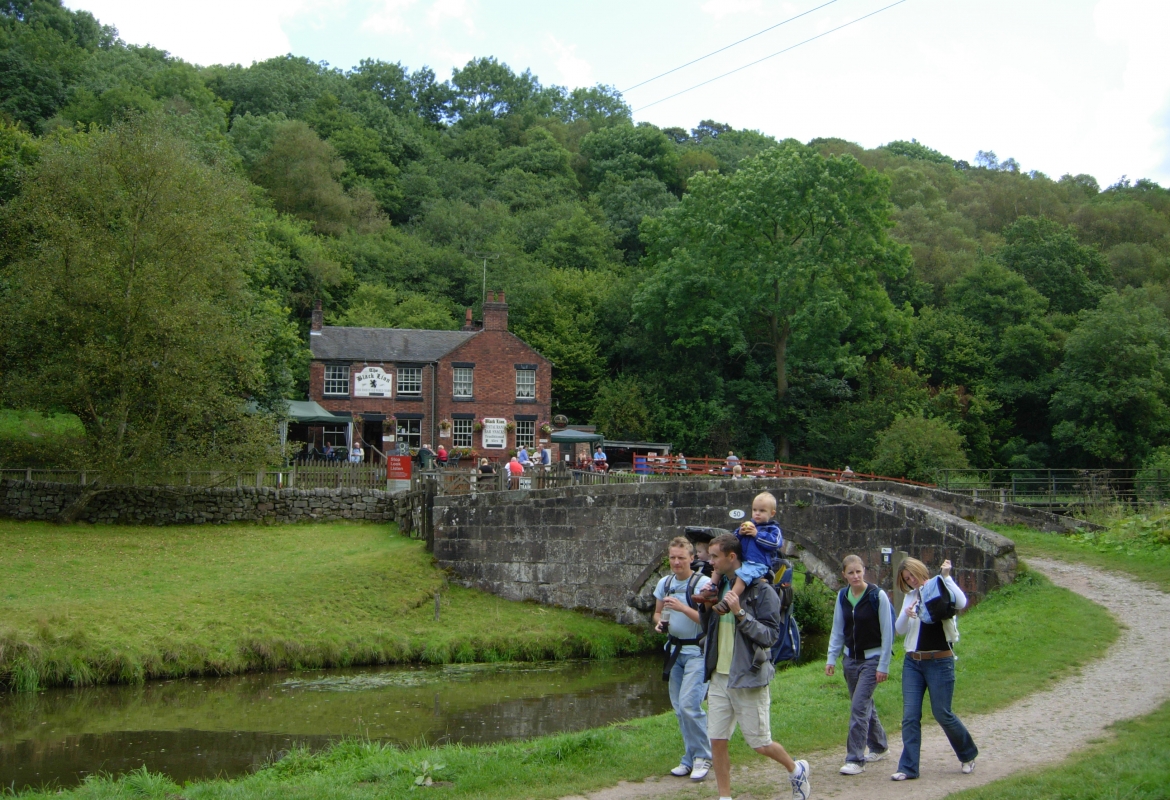 The following questions are frequently asked by visitors to the Caldon Canal or this website:

How long will it take to travel the canal?

It is (just about) possible to travel the main line from Etruria to Froghall in a day but that would miss the point of the Caldon. Slow down, stop and enjoy the amazing views and scenery. We would suggest allowing three or four days for a visit. Make sure that you travel to both Leek and Froghall (they are very different waterways!)

Will I fit through Froghall tunnel?

Immediately after Flint Mill lock there is a gauge which will answer this question for you. Lots of users have said it's pessimistic by a couple of inches or more, so give it a go if you look close. There is a 65 foot winding hole just before the tunnel and the scenery in that section is arguably the best on the whole canal so don't be put off. If you are in a boat over 65' and have to reverse the last couple of miles (and yes some people do this) its still worth the trip!

In a hire boat, check your conditions of hire as some companies specifically prohibit passage because of the risk of damage to the corners of the roof by careless users. Moor just before the tunnel and walk the last few hundred yards to see what you're missing! Froghall Basin is an historic area with plenty to look at - and an ice cream shop.

Can I turn after Leek Tunnel?

Yes, absolutely! Some people miss the last half mile of the canal because older canal guides do not show the full-length winding hole just after the last bridge. Boats of less than about 50' can proceed another 400 yards to the end of the canal and turn by the feeder from Rudyard Lake. If your boat is longer than this you will have to back up but its a good mooring for Leek town centre and worth the minor inconvenience.

Where can I get water/fuel/gas?

Water points are at Etruria, Endon, Consall and Froghall (after the tunnel.)

There are no retailers of diesel or gas on the Caldon Canal. These can be bought on the Trent & Mersey Canal in Stoke-on-Trent at Longport Wharf or Festival Park marina.

Where can I find permanent/temporary moorings?

There are very limited online moorings on the Caldon Canal. The narrow channel makes it difficult for more to be added so we would suggest that it's probably better to look at Festival Park Marina in Etruria or to Aston Marina near Stone.

CRT do operate two (non-residential) online mooring sites on the Caldon, at Endon and Denford. More information can be found on their Mooring Vacancies website.

Popular temporary moorings on the canal the city include Etruria, Hanley Park and Milton.

As part of the regeneration of the area around the canal near Hanley between Lichfield Street and Ivy House Lift Bridge the towpath has been re-flagged with mooring rings incorporated. This is now a pleasant and interesting temporary mooring.

After reaching the summit at Stockton Brook, any location with sufficient depth of water and a decent edge can be considered a good mooring. The most popular for overnight stays are Post Lane and Park Lane in Endon; Tunnel Pool and the end of the Leek Arm; The Holly Bush at Denford; Cheddleton Flint Mill; Consall Forge and Froghall (both before the tunnel and in the basin on the Uttoxeter Canal.)

Where are the best pubs?

The Holly Bush in Denford and the Black Lion in Consall Forge are among the best known waterside pubs in the country. There are two canalside pubs in Cheddleton, and a short walk away from the canal in both Norton Green and Froghall.

Where can I get provisions?

The Caldon starts in the city centre of Stoke-on-Trent but there are no major shopping areas close to the canal. Festival Park at Etruria is a large retail park with a Morrisons supermarket within walking distance and is a useful stop before you turn onto the Caldon. From Etruria it is a 15 minute walk to Tesco on the edge of Hanley (the city centre.) Hanley is reachable by direct buses from all points down the canal until Endon.

Milton and Endon are both pleasant communities with a number of shops. There is a Co-op on Millrise Road in Milton, a mini-market (ex-Spar) on Post Lane in Endon and a Morrisons a short walk from the end of the Leek Branch on the old cattle market outside Leek. The latter is where Junction Road meets Newcastle Road (A53) and all three are the main provision shops in that area and are about a ten minute walk from the canal.

Leek is a fair distance from the canal and the initial walk an industrial estate is less than inspiring. Do not be put off by this as it is a very pleasant market town. A general outdoor market is held on Wednesdays. The indoor market opens on Wednesdays, Fridays and Saturdays in the restored Victorian Butter Market. An Antique & Collectors Market is held outdoors each Saturday. See Totally Locally Leek for more infomation.

The main line from Hazlehurst is very rural with Cheddleton having the only shops at all within walking distance (up the hill to the south.)

While in the area don't forget to try the local delicacy - Staffordshire oatcakes are available from most food shops in the area. There is an oatcake shop in Milton at the far end of the village from the canal (10 minutes walk, about 200 yards after crossing the traffic lights.)

Hazlehurst / Hazelhurst - which is correct?

Throughout the history of the canal, the two spellings have been used interchangably. Maps and other official documents use both variants. This site uses the spelling seen on the aqueduct, Hazlehurst.

Where can I rent a holiday boat to cruise the Caldon?

Hire boat bases within easy reach of the Caldon as part of a short-break or
week long cruise, include:

Black Prince, Festival Park, Etruria - only a few hundred yards from the Junction between the Trent & Mersey and Caldon Canals.

Canal Cruising Company, Stone - half a day cruising from the Caldon Canal

Anglo Welsh, Great Haywood, about a day from the Caldon Canal

Heritage Narrow Boats, Scholar Green on the Macclesfield Canal, half a day from Etruria Junction

Where can I hire a boat for a day trip on the Caldon?

Beatrice - trip boat for up to 12 passengers:

Where can I stay for a holiday or a short-break by the Caldon Canal?